China: An Examination Of The BEPS Action On Artificial Avoidance Of Permanent Establishment Status (Part 1)

by Alfred Chan
China Tax & Investment Consultants Ltd
0 Liked this Article
To print this article, all you need is to be registered or login on Mondaq.com.

Tax treaties generally provide that the business profits of a foreign enterprise are taxable in a State only to the extent that the enterprise has in that State a permanent establishment (PE) to which the profits are attributable. The definition of PE included in tax treaties is therefore crucial in determining whether a non-resident enterprise must pay income tax in another State.

The PE concept is central to the allocation of taxing rights between the contracting states in tax treaties. A modification to the PE definition has direct impact on the scope of the exception to the source state. If a new rule narrows the scope of PE exceptions, then the tax base and thus the taxing right of the source country will be expanded, and vice versa. 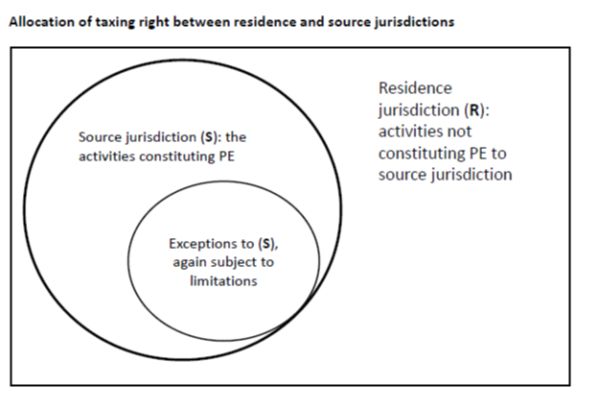 The Action 7 of the BEPS 2015 Final Report (Permanent Establishment Status) includes the changes that will be made to the definition of PE in Article 5 of the OECD Model Tax Convention, which is widely used as the basis for negotiating tax treaties, as a result of the work on the OECD/G20 BEPS project.

Modification to the Model Tax Convention

Those changes to the Model Tax Convention mentioned in the preceding paragraph are:

To implement EBPS Action 7, a party to the MLI may choose to apply Articles 12 to 15 of the MLI to the covered tax agreements that have been concluded before the entry into force date of the MLI.

Articles 12 to 15 of the MLI address the issue relating to the avoidance of the PE status that is provided under tax agreements. The PE status imposes limitation on the residence jurisdiction with respect to the right to taxes. However, a non-resident entity who has the access to advance information and communication technology may avoid the PE status in the source country. In order to protect the tax base of the source country, the scope of the PE Status exceptions is restricted or limited by the following: commissionaire arrangement (Article 12), specific activities (Article 13), and the disregard of split-up contracts (Article 14).

In many cases, commissionaire arrangements and similar strategies were put in place primarily in order to erode the taxable base of the contracting state where sales took place. Changes to the wording of Article 5(5) and 5(6) are therefore needed in order to address such strategies.

The 2017 update on Model Tax Convention has incorporated the recommendation of the 2015 Final Report under Action 7 of the BEPS package, which expands the scope of the activities of the a person acting in a contracting state for an enterprise to cover the activity that plays a principal role leading to the conclusion of contracts and the supply of services and intangible properties. Such commissionaire arrangements trigger a taxable presence in the state with respect to the activities which that person performs for the enterprise. Consequently that enterprise shall be deemed to have a PE in that state in respect of the activities which that person undertakes on its behalf, unless those activities fall under the scope of specific activity exception mentioned in paragraph 4 of Article 5 which, if done through a fixed place of business, would not make this fixed place of business a PE under the provision of that paragraph.

Similarly, the 2017 update of the Model Tax Convention redefines that the activities performed by an independent agent do not include those performed by a closely connected person.

The 2015 Final Report under Action 7 included changes to prevent the exploitation of the specific exceptions to the PE definition provided for by Article 5(4) of the OECD Model Tax Convention (2014), an issue which is particularly relevant in the case of digitalised businesses. These changes were incorporated into Article 5(4) as part of the 2017 Update of the OECD Model Tax Convention, which is set out below:

Paragraph 4.1 of Article 5 of the 2017 version of the Model Tax Convention has incorporated a new anti-fragmentation rule, which, as provided under page 39 of the Final Report, is aimed to restrict the scope of Article 5(4) to activities having a "preparatory and auxiliary" character because, in the absence of that rule, it would be relatively easy to use closely connected enterprises in order to segregate activities which, when taken together, go beyond that threshold.

The second type of case to which Article 5(4.1) applies is one where there is no pre-existing PE but the combined activities in the source country by the non-resident and closely related non-resident enterprises result in a cohesive business operation that is not merely preparatory or auxiliary in nature. In such a case, a determination will need to be made as to whether the activities of the enterprises give rise to one or more PEs in the source country under Article 5(4.1). The profits attributable to each PE so arising are those that would have been derived from the profits made by each activity of the cohesive business operation as carried on by the PE under the arm's length principle.

(to be continued in Part 2)