This trip followed her visit to Washington last year, when Minister Rivers attended similar meetings on Capitol Hill, and with the US Treasury and State departments. The meetings are part of the Government's ongoing engagement efforts in the US, intended to ensure that decision-makers in the US Congress are aware of the longstanding beneficial relationship in financial services between the US and Cayman.

In addition to continuing the discussions about Cayman's culture of transparency and regulatory compliance, Minister Rivers provided valuable information to US lawmakers regarding Cayman's strong beneficial ownership identification regime. Members of Congress and staff are considering legislation that would establish new beneficial ownership collection requirements for the US similar to those already in place in Cayman.

'These meetings are critical in explaining to US lawmakers the facts about Cayman's financial services industry, and the significant and effective role Cayman plays in the fight against money laundering and other financial crimes', Minister Rivers said.

'We also offered the US Congress and US Treasury the benefit of our experience in implementing beneficial ownership laws, should they take the next step in corporate compliance by making disclosure of company ownership to the US government mandatory', she said.

Accompanying Minister Rivers on the trip were:

Minister Rivers also met with Rep. Gregory Meeks, the Chairman of the House Financial Services Subcommittee on Consumer Protection and Financial Institutions. Together, Senator Scott and Rep. Meeks have responsibility for drafting and enacting laws that regulate US banks, investment firms, and credit unions.

The Cayman delegation also met with Rep. Yvette Clarke, Co-Chair of the Congressional Caucus on the Caribbean, and senior staff members of Rep. Maxine Waters, Chairwoman for the House Financial Services Committee, senior Democratic and Republican staff members of the House Ways and Means Committee, and the Senate Finance Committee.

'For many years, the Cayman Islands has worked closely with the United States to share critical information to prevent tax evasion, money laundering, and terrorist financing. We cooperate with the US Treasury and Internal Revenue Service, to ensure that companies and US persons doing business in Cayman are compliant with their home country's laws', Minister Rivers said.

In addition to congressional outreach, the Cayman delegation also participated in meetings with high-ranking officials from the U.S. Department of State and the Office of the Comptroller of the Currency, the primary regulator for nationally chartered US banks.

'Through these meetings, we have taken significant steps to dispel harmful myths about the Cayman Islands', Minister Rivers stated. 'Key legislators, congressional staff, and senior agency officials now have the information they need to combat persistent inaccurate stereotypes about our country. We plan on continuing to share this information as part of our ongoing education campaign to spread the word that Cayman is a leader in implementing global compliance standards; and thus, it is no coincidence that we are also a leader among international financial centres', she said. 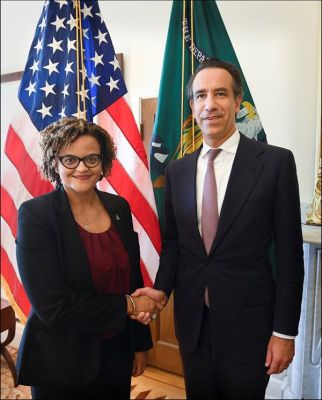 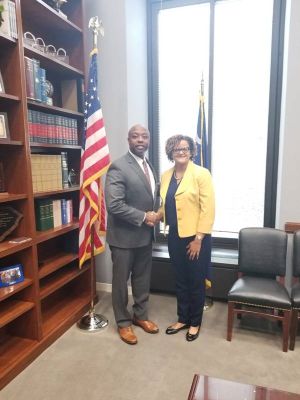 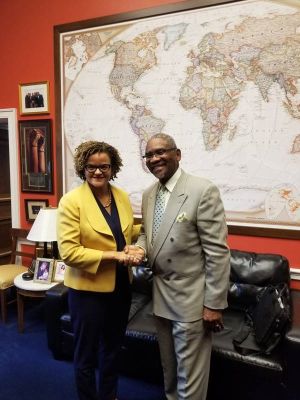 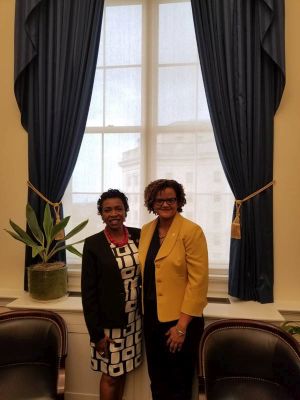