In previous newsletters, we discussed two recent decisions of the BC Supreme Court involving civil lawsuits brought by university students against their institutions (SFU, and UBC, respectively), as well as various faculty and administrators at those institutions. Over three articles, we also set out the legal lessons and management strategies that can be learned from those cases. As a refresher:

In both cases, the BC Supreme Court dismissed the claims of the student litigants and noted in each that the traditional court system is ill-suited to address the "fundamentally academic" matters involved in the students' complaints. Both the student litigants then appealed their respective dismissals to the BC Court of Appeal.

In both matters, the Court of Appeal affirmed that disputes involving "fundamentally academic matters" (such as those concerning academic requirements) and the rules and regulations that a university applies to students, do not generally fall within the jurisdiction of a court.

However, in both decisions, the Court of Appeal took care to state that any final decisions made by an educational institution in an academic matter might still be subject to judicial review by a court. Judicial review is a complex area in-and-of itself; at the risk of oversimplification: judicial review is a process by which a court is asked to review the administrative process leading to a decision. The point of the review is to ensure that the decision maker (here, the University) followed a process that was "procedurally fair". Importantly, a judicial review does not challenge the correctness of the decision itself (e.g. whether it was correct to issue a failing grade), but rather it reviews the process leading to and surrounding the decision. The results of a judicial review normally are to: (a) validate the process, or (b) find that the process was in some way unfair and order that it be conducted again—this time, fairly. Note: if a court orders that a decision be reconsidered, it is not indicating that the result must necessarily be different, but rather that the process needs to be conducted fairly. Whether that fair conduct results in the same or a different decision by the University, will remain to be seen.

We understand that the student in the SFU decision has not sought leave to appeal (to the Supreme Court of Canada). The time for the student in the UBC case to seek leave to appeal has not yet expired. In either event, these cases serve to illustrate the significant time, expense, and stress that academic disputes can incur for the institutions (and students) involved. It further highlights the paramount importance of addressing student academic complaints early, transparently, and with a clear process in place that is understood by everyone involved. 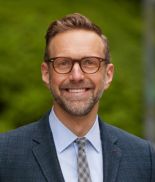 ARTICLE TAGS
Canada Litigation, Mediation & Arbitration Trials & Appeals & Compensation
POPULAR ARTICLES ON: Litigation, Mediation & Arbitration from Canada
Is There A Duty To Warn Of Obvious Dangers?
Rogers Partners LLP
There are dangers in everyday life, but people do not need to be warned of all dangers. For instance, people do not need to be warned that jaywalking in rush hour traffic is dangerous.
A Short Walk To The Beach – What Is Reasonably Necessary For A Prescriptive Easement?
Gardiner Roberts LLP
One of the requirements to establish a prescriptive easement is that it is "reasonably necessary" for the better enjoyment of the owner of the land who claims the prescriptive right.
The Cost Consequences Of Playing Hardball
Pallett Valo LLP
In our justice system, it is generally accepted that the unsuccessful party to a lawsuit is liable to pay the winner's costs.
Liability To Rescuers Who Attend The Scene Of A Collision To Provide Assistance
McLeish Orlando LLP
After a collision, a good Samaritan stops and attends the scene to render assistance. He or she is injured in a subsequent collision.
Prompt Disclosure Of Partial Settlement Agreements
Rogers Partners LLP
The court's decision in Poirier v. Logan, 2021 ONSC 1633, demonstrates the importance of promptly disclosing partial settlement agreements that change the adversarial orientation of the proceeding.
Costs At The LAT – Revisiting One Of The More Controversial Changes
Rogers Partners LLP
In January 2018, I co-authored a paper that looked at the LAT as it approached two years at that time. The paper outlined that one of the most significant differences ...
FREE News Alerts
Sign Up for our free News Alerts - All the latest articles on your chosen topics condensed into a free bi-weekly email.
Register For News Alerts
Article Tags
Canada Litigation, Mediation & Arbitration Trials & Appeals & Compensation
Related Articles
Mental Distress Damages In A Long-Term Disability Claim – Kardaras V. Sun Life Assurance Company Of Canada, 2020 ONSC 3925 McLeish Orlando LLP
BC To Apply For Stay Of Proceedings In CRT Jurisdiction Case Alexander Holburn Beaudin + Lang LLP
Rebel, Rebel, Your Case Is A Mess: More On The Challenges Of Anti—SLAPP Motions WeirFoulds LLP
The 10 Day Notice Period For Municipalities Borden Ladner Gervais LLP
The Duty To Cooperate: Who Makes The Rules? Field LLP
Mondaq Webinars
The Impact of COVID-19 on the Energy Industry and the Resolution of the Attendant Disputes
Dorothy Ufot & Co
Webinar Lagos Nigeria
World IP Day – Top Patent Cases of the year 2020 in Turkey and UK Perspective
Gun + Partners
Webinar Istanbul Turkey
More Webinars
Comparative Guides
Aviation Regulation
Banking Regulation
Cybersecurity
FinTech
International Arbitration
Mondaq Advice Centres
Canada
Competition and Antitrust
Canada
COVID-19
Canada
Environmental Law
Canada
Tax Assistance
Canada
Labour and Employment
More MACs
Curated Content
Ontario Court Sets Out New Tort Of "Harassment In Internet Communications"
Stikeman Elliott LLP
Upcoming Events
Top Appeals Of 2020 From The Ontario Court Of Appeal
Blaney McMurtry LLP
Webinar Ontario Canada
Personal Injury Law And Practice
Blaney McMurtry LLP
Webinar Toronto Canada
Mondaq Social Media