Canada: Getting Leave To The Supreme Court Of Canada: 2021 By The Numbers

While our Supreme Court of Canada leave application dataset allows us to slice and dice the data in various ways, this blog post presents the high level trends in leave applications in recent years. While 2021 is similar to prior years in many respects, there were some surprising changes in the pattern of leave decisions last year. 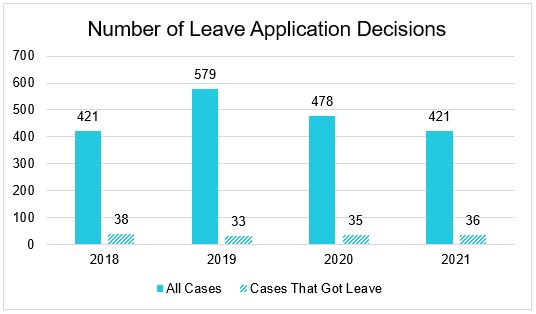 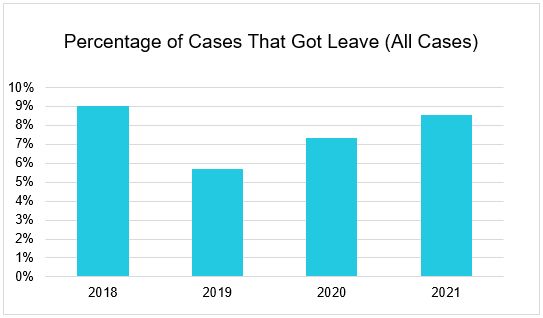 The Types of Cases Getting Leave 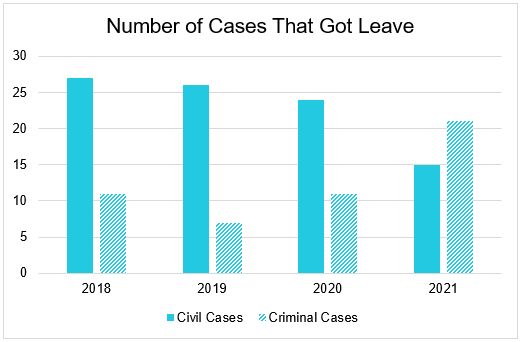 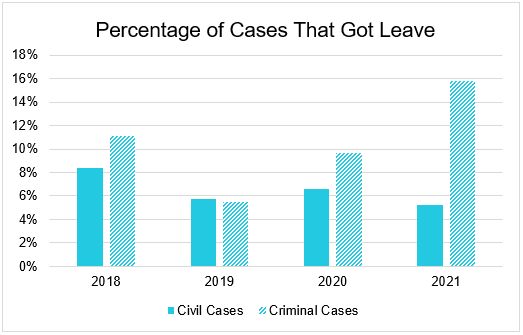 That being said, among criminal cases, there is a stark divide in success rates in getting leave between cases where the Crown is the applicant and cases where the defendant is the applicant. In 2021, the Crown got leave in over half of the criminal law cases in which it sought leave, while criminal law defendants got leave in just under 9% of cases which they sought leave. While the numbers vary year over year, this is a fairly consistent pattern. Indeed, over the last four years, there have been roughly as many successful applications for leave by both Crowns and defendants, yet six times as many leave applications have been filed by defendants as by the Crown. 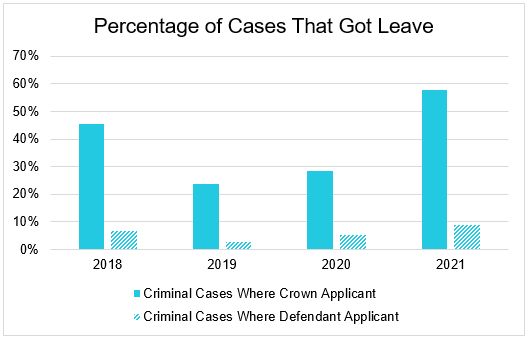 Ultimately, this data adds substantial nuance to the conventional wisdom that the Supreme Court is primarily interested in criminal appeals. The key takeaways are:

The Timeline for Leave Application Decisions

One additional noteworthy trend is that the Supreme Court has been able to keep down the timeline for leave decisions. The average timeline from leave application being filed to the Court rendering a decision was just over five months, while the median timeline was approximately four and a half months. These numbers are essentially the same over 2020, though they represent substantial drops from 2018 and 2019. 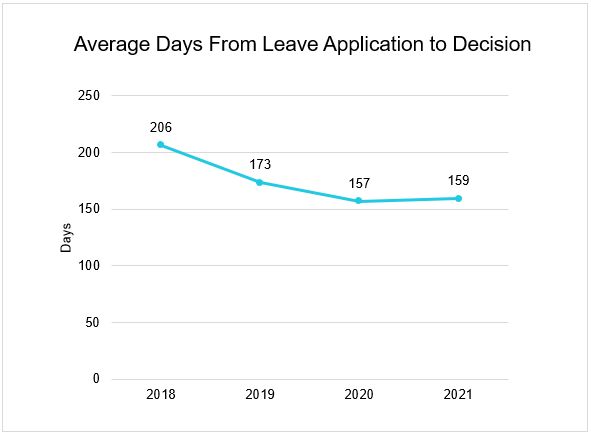 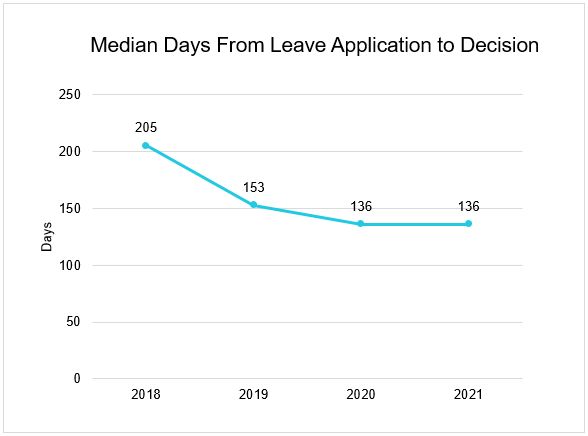 The analysis presented in this blog post only scratches the surface of the data in our leave application database. Yet it still shows interesting trends in leave applications at the Supreme Court of Canada.