by Joseph A. Cescon and Ryan Marinacci
McLeish Orlando LLP
Your LinkedIn Connections
with the authors 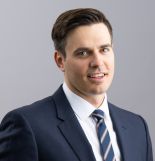 On October 7, 2020, the Licence Appeal Tribunal denied Jevco's request for reconsideration from an earlier decision which confirmed that newly acquired vehicles are automatically covered under existing automobile policies for the first fourteen days after purchase.

At issue in this dispute was Jevco's denial of income replacement benefits, visitor expenses, and housekeeping and home maintenance benefits on the basis that the Applicant knew or ought to have known his motorcycle was not insured. The motorcycle crash in question had occurred on the eleventh day after purchase.

McLeish Orlando successfully disputed this denial at first instance by relying on the lower court and appellate decisions in Hunter Estate to say that the motorcycle was insured as a newly acquired vehicle under s. 2.2.1 of the Ontario Automobile Policy.

On reconsideration, Jevco argued that the Tribunal had committed three errors of law, none of which succeeded.

First, Jevco argued that the Tribunal erred in law by failing to consider the discussion of risk in Hunter Estate. The Tribunal disagreed and found-as it did at first instance-that any discussion of risk did not displace the plain wording of s. 2.2.1 which extended coverage regardless of risk associated with vehicle type.

Second, Jevco argued that a coverage issue could override automatic coverage for newly acquired vehicles and relied on Rodriguez v Zhang, 2015 ONSC 5644. The Tribunal disagreed and found the facts in Rodriguez to be distinguishable. Unlike the case at bar, s. 2.2.1 did not apply because the collision in that case occurred outside the fourteen-day coverage period and the Applicant there owned several other vehicles that were not covered by the insurer.

Third, Jevco argued that the Tribunal erred in law by failing to consider the Applicant's onus to prove knowledge and reliance on s. 2.2.1, and relied on M. F. v Belair Direct, 2017 CanLII 19200 (ON LAT). The Tribunal again found the decision in M. F. not to apply and wrote, "As in the case of the Rodriquez, there appears to be a subtlety in this submission that escapes me."

In the result, the Tribunal maintained its earlier decision that the motorcycle was covered. Jevco has since filed a notice of appeal to the Divisional Court. Stay tuned for what happens next!

ARTICLE TAGS
Canada Litigation, Mediation & Arbitration Personal Injury Trials & Appeals & Compensation
POPULAR ARTICLES ON: Litigation, Mediation & Arbitration from Canada
Changes To The Rules Of Civil Procedure For 2021
McLeish Orlando LLP
On January 1, 2021, significant changes to the Rules of Civil Procedure will take effect, making permanent many of the temporary measures which the Court put in place to accommodate the...
The Supreme Court Of Canada Extends The Duty Of Honesty In Contractual Performance
Pallett Valo LLP
A recent landmark decision from the Supreme Court of Canada has expanded the duty of honesty that parties owe to each other in performing a contract.
Court Of Appeal Summaries (December 21 – December 31, 2020)
Blaney McMurtry LLP
Below are our last summaries of 2020, which include all civil decisions released by the Court of Appeal for Ontario for the weeks of December 21 and 28, 2020.
An Important Change To The Occupiers' Liability Act
Gluckstein Personal Injury Lawyers
The year 2020 has been a year filled with many changes, including a very important change to Ontario's Occupiers' Liability Act.
Court Prohibits Competing Restaurant Business From Opening
Gardiner Roberts LLP
Many will be grateful to see 2020 in the rearview mirror, none more so than restaurant owners. With restaurants scrambling to re-focus on take-out service, perhaps the last thing an owner needs...
Productions And Affidavit Of Documents In Personal Injury Matters
Pallett Valo LLP
In the motion decision in Trumble v. Soomal, a 2020 decision, the Court addresses productions in a personal injury action and the plaintiff's affidavit of documents.
FREE News Alerts
Sign Up for our free News Alerts - All the latest articles on your chosen topics condensed into a free bi-weekly email.
Register For News Alerts
Article Tags
Canada Litigation, Mediation & Arbitration Personal Injury Trials & Appeals & Compensation
Related Articles
When Does The Limitations Clock Begin To Run In Construction Disputes?: Infiniti Homes Ltd V Gagnon, 2020 ABQB 691 Miller Thomson LLP
Ontario And Québec Courts Hold Joint Hearing In Multijurisdiction Class Actions Osler, Hoskin & Harcourt LLP
Appealing Forum Non Conveniens: Key Considerations WeirFoulds LLP
Rental Car Companies Are Liable For The Renter's Negligence, Even Where The Renter Used A Fake Name, Paid Cash, And Let Someone Else Crash The Car Siskinds LLP
Who Pays To Produce The Medical Records? McCague Borlack LLP
Mondaq Webinars
Arbitration is Common and Civil
OBLIN Attorneys at Law LLP
Webinar Wien Austria
Data Ethics
Kromann Reumert
Webinar Copenhagen Denmark
More Webinars
Comparative Guides
Aviation Regulation
Banking Regulation
Cybersecurity
FinTech
International Arbitration
Mondaq Advice Centres
Canada
Competition and Antitrust
Canada
COVID-19
Canada
Environmental Law
Canada
Tax Assistance
Canada
Labour and Employment
More MACs
Upcoming Events
Mondaq Social Media