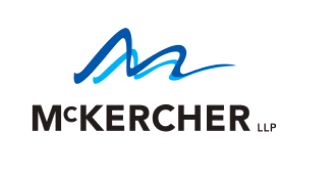 by Connor M. Clyde
McKercher LLP
Your LinkedIn Connections
with the authors

In the previous article on the Act respecting First Nations, Inuit and Métis children, youth and families  ("Bill C-92")  the formation, foundations, and overall structure of Bill C-92 was discussed as it related to the legal aspects of child and family services in Canada. Stated briefly, the Bill C-92's key driver was to provide protections for Indigenous children and families and establish a pathway for Indigenous groups and communities to be able to administer their own child welfare and family services in Canada. Given that Bill C-92 came into force on January 1, 2020 it is now nearing its first anniversary as active legislation.

This new legislation has had its fair share of positive and negative attention as those involved work to interpret the legislation, understand its implications, and negotiate its implementation. Different populations can now have different legislations in force. Indigenous groups now have federal legislation and, at this point, may or may not have their own unique legislation. While not purposefully vague, the federal legislation is steeped in principles and safeguards which can leave room for interpretation and ultimately the need for legal clarity.

Developing precedents through case law over time will provide interpretation and clarify ambiguities in Bill C-92. Discussed below are just some of the cases in 2020 that involved interpretations of Bill C-92.

The Director of Children's Services in Alberta applied for a Temporary Guardianship order regarding five Indigenous children. The children's mother alleged non-compliance with sections 12 and 16 of Bill C-92. Specifically, it concerned the purported failure of the Director to provide notice prior to the emergency apprehension of the children to the Indigenous governing body and herself. The Director argued that while the Provincial Court has the authority to consider Bill C-92, it does not have the statutory authority to conduct a hearing into an alleged breach of Bill C-92.

The Alberta Provincial Court noted that Bill C-92 does not articulate what remedies, if any, are available when a party is non-compliant with it. The Court further found that in this case there was no factual basis for the mother's application for a hearing to address the alleged lack of notice of apprehension of the children. Importantly, the Court also found that it had no statutory authority to grant the mother's application.

In this Ontario Superior Court of Justice case, both the mother and children identified as Metis. The Children's Aid Society had brought an application to amend or adjust an earlier order that provided that the mother's access would occur at an Indigenous community center. A temporary order was also sought.

The Court considered the relevant provisions of Bill C-92, being sections 4, 8 through 11 inclusive, and the priority of placement in section 16(1). The Court noted only two factors were included in Bill C-92 that were not already included in the more comprehensive provincial act (The Child, Youth and Family Services Act in Ontario). Accordingly, the interplay between Bill C-92 and the provincial act can be seen as establishing an augmented best interests test for Indigenous children that overrides the hierarchy of placement for Indigenous children set out in Bill C-92.

So far judicial consideration of Bill C-92 is limited. As time passes, it is expected there will be significant additional interpretation of Bill C-92 and, in particular, its interaction with provincial legislation.