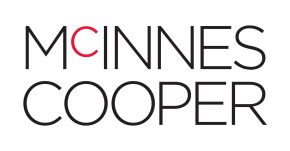 Spurred by the COVID-19 Pandemic and bricks-and-mortar closures, businesses – from SMEs to multinationals, startups to mature businesses, groceries to esthetics, B2B to B2C – are shifting or expanding the sale of their products and services online, leveraging e-commerce platforms to offer customers a safe experience from the comfort of their home using electronic devices. This shift parallels the purchasing behaviours of consumers and users. According to Statistics Canada:

The imperative to adapt to this "next normal" is illustrated by the recent launch of Go Digital Canada, a partnership between the Canadian federal government and Canadian-based Shopify (which itself experienced explosive growth as a result of businesses' move to digital commerce).

This substantial change in business practice brings both new opportunities and new legal risks to businesses looking to transition to and grow their digital market. Online or electronic contracts are generally subject to the same legal principles as if the parties entered into a written or verbal contract in person. But the virtual nature of electronic contracting entails some unique legal nuances. Here's a look at the key legal issues around the formation, interpretation and enforcement of electronic contracts and tips to help businesses address them.

For any contract, electronic or "traditional" written or oral, to be legally binding, the deal must meet three key criteria. When contracting electronically, it's sometimes more difficult to determine whether these criteria are met and the parties have formed a binding contract:

1. Offer. One party must make an offer to another party, and that offer must contain the important and relevant terms of the contract; the price is one example. Courts usually don't consider an online advertisement to be an "offer" for the purposes of forming a contract. However, an online advertisement might meet the standard of an "offer" if it's sufficiently clear and definite, there's no negotiation, and the price and availability of the product or service are advertised. If you're seeking to use online advertisements as a form of an offer to sell your product or service, and ultimately to form a binding contract, make sure it contains enough information about the contract terms to give it a sufficient degree of certainty.

2. Acceptance. The party receiving the offer must accept it. The virtual nature of online or electronic acceptance can pose legal challenges to determine whether there was, in fact, acceptance of the contract terms. Websites and online services use different forms of "wraps" to obtain a user's or consumer's acceptance to contract terms. The most common wraps are:

Consider how a consumer or a user will accept your electronic contract and the risk a court won't enforce it. The more an e-commerce platform is designed to ensure users/consumers actively read the terms, the more likely a court will enforce such terms. A click wrap, scroll wrap or sign-in wrap is less risky because the user's or consumer's intention and actual acceptance of the contract terms is more definitive, and Canadian courts have enforced electronic contracts using these acceptance methods. Browse wraps are riskier because they raise questions about whether a user actually intended to and did accept the contract terms.

Courts interpret electronic contract terms just as they interpret traditional written or oral contract terms. In all contracting methods, the law recognizes that where one party drafts the entire contract and there's no negotiation, there can be a bargaining imbalance between the parties. Courts rectify an imbalance using the legal rule that any ambiguity in the contract terms is interpreted in favour of the party that didn't draft the contract. Perhaps more than traditional contracts, and depending on the product or service, it's standard that one party drafts the entire electronic contract and there's no negotiation – and the parties aren't together in-person. If the terms of an electronic contract aren't easy to understand, there's a greater risk of disputes and a greater risk disputes will be resolved in the user/consumer's favour. To mitigate this risk, ensure the terms of your electronic contract are in plain language, clear and unambiguous.

Public policy. Refusal for public policy reasons, which can include a substantial inequality of bargaining power between the parties. Inequality of bargaining power exists when one party can't adequately protect their interests in the contracting process, and may include differences in wealth, knowledge, experience or capabilities that impair a party's ability to freely enter or negotiate a contract, for example where a party has no choice but to enter into an contract or doesn't understand the contract they're entering into. The existence of a significant advantage or disadvantage under the contract itself can establish an inequality in bargaining power.

Canadian courts have refused to enforce one-sided terms in "standard form" electronic contracts, drafted by one party that is more powerful and accepted by another party that is weaker with no negotiation. For example, the Supreme Court of Canada has at least twice refused to enforce dispute resolution clauses that heavily favour large corporations contained in online terms of use: a choice of forum clause in its 2017 decision in Douez v. Facebook, Inc. (even though the corporation used a click-wrap acceptance approach); and more recently, an arbitration clause in its 2020 decision in Uber Technologies Inc. v. Heller. So carefully consider the reasonableness of your contract terms, and be particularly cautious if you are including especially "one-sided" terms that take advantage of the inequality of bargaining power between you and the user/consumer. If you decide to include them, fully explain the effects of these terms in the contract, and draw the user's attention to them, such as by requiring the user/consumer to specifically indicate acceptance of the specific clause, bolding it and underlining it.