The impacts of this decision will be most acute in multi-employer workplaces, where complaints of employment discrimination may now be advanced even where the complainant and respondent are not in an employment relationship. The range of respondents could include not only co-workers working for the same employer, but also, on the right facts, workers employed by another employer, and employers who are not in an employment relationship with the complainant.

What You Need To Know

The complainant was an engineer working with Omega and Associates Engineering Ltd. (Omega), an engineering firm hired to supervise a road improvement project. He supervised work by the primary construction contractor, Clemas Contracting Ltd (Clemas). Schrenk, the respondent, was employed by Clemas as a site foreman and superintendent.

From September to December 2013, Schrenk made a number of discriminatory comments to the complainant at the worksite. After an incident in December 2013, Schrenk was removed from the worksite at the request of the owner, the Municipality of Delta (Delta) and Omega. The contract between Delta and Clemas specified that Omega could ask for the removal from the worksite of any worker who appeared “to be incompetent or to act in a disorderly or intemperate manner.”

On April 3, 2014, the complainant filed a complaint with the B.C. Human Rights Tribunal (Tribunal) against Schrenk, Clemas and Delta, alleging discrimination “regarding employment” under section 13(1)(b) of the Code. He later withdrew the claim against Delta.

Schrenk and Clemas applied to dismiss the complaint. They argued that the Tribunal did not have jurisdiction over the complaint because the complainant was not in an employment relationship with either of them. The Tribunal dismissed the application. The Tribunal held that section 13 of the Code "protects those in an employment context," including a complainant who is an employee "who suffers a disadvantage in his or her employment in whole or in part because of his or her membership in a protected group." According to the Tribunal, section 13's protections against discrimination "regarding employment" are not limited to discrimination by an employer.

Proceedings Before the B.C. Supreme Court and Court of Appeal

The B.C. Supreme Court dismissed Schrenk's application for judicial review of the Tribunal's decision. The Court found that restricting section 13(1)(b) to claims against one's employer or against another employee of that same employer would "be contrary to common sense and to current employment circumstances."

The Appeal to the SCC

The Tribunal's appeal to the SCC was allowed, with Justice Rowe writing on behalf of a five member majority and Justice Abella writing separate concurring reasons.

The majority of the SCC explained that their decision builds on the SCC's prior decision in McCormick v. Fasken Martineau DuMoulin LLP (McCormick). According to the majority, McCormick was about whether an individual "who allegedly suffered discrimination was in an employment relationship for the purpose of the Code. In other words, McCormick identified who qualifies for the protection of section 13 by virtue of being an employee." However, McCormick "does not address the question of who may perpetrate discrimination regarding employment."

Chief Justice McLachlin, writing in dissent on behalf of herself and two others, would have dismissed the appeal. The Chief Justice agreed with the B.C. Court of Appeal that the Code focusses on the employment relationship and authorizes only claims against those who are responsible for a discrimination-free workplace. The Code envisages that employees should look to their employer, not others, to remedy the discrimination. 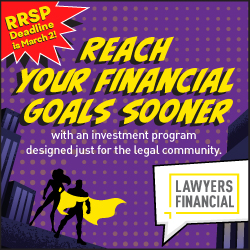