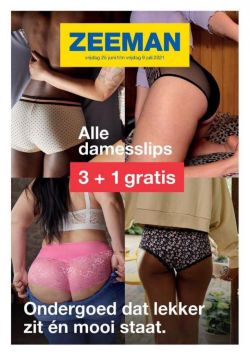 ARTICLE TAGS
Netherlands Media, Telecoms, IT, Entertainment Advertising, Marketing & Branding Broadcasting: Film, TV & Radio
POPULAR ARTICLES ON: Media, Telecoms, IT, Entertainment from Netherlands
Obligations Of The Electronic Commerce Intermediary Service Provider
SRP Legal
In the following sections, the obligations imposed on the ECISPs will be discussed in general, as well as in relevance to their classifications as medium, large or very large scale.
Digital Gaming Law
KP Law
Why digital games, which is one of the entertainment industries with the largest market share in the world, still cannot find a place for itself in a separate category of works in the field of intellectual property law?
"Beauty For All"
Global Advertising Lawyers Alliance (GALA)
The Slovak Advertising Standards Council assessed the complaint against the advertisement of a big cosmetic chain Douglas, in which a woman kissed her girlfriend in the street after she had received from her a perfume ...
Gaming Authorisations And Compliance Directive: Summary Of Amendments Implemented In October 2021 By The Malta Gaming Authority
WH Partners
In October 2021, the Malta Gaming Authority (the "MGA") amended the Gaming Authorisations and Compliance Directive (Directive 3 of 2018).
Facebook's 'Meta' Transformation And The Complexity Of Rebranding
Dennemeyer Group
One imagines that Facebook CEO Mark Zuckerberg tries to focus on the big picture above all.
CSSF: Marketing Of Foreign UCIs Other Than The Closed-ended Type To Retail Investors In Luxembourg
Ogier
On 23 December 2020, the Luxembourg financial sector supervisory authority (the CSSF) published the Regulation N° 20-10 laying down the implementing measures of Article 100(1)
FREE News Alerts
Sign Up for our free News Alerts - All the latest articles on your chosen topics condensed into a free bi-weekly email.
Register For News Alerts
Article Tags
Netherlands Media, Telecoms, IT, Entertainment Advertising, Marketing & Branding Broadcasting: Film, TV & Radio
Related Articles
Dutch Consumer Watchdog Clamps Down On ‘Influencers' Buying Fake Likes And Followers Osborne Clarke
Prohibition Of Online Advertising In A List Of E-mails Or Messages – A Misstep By The CJEU? NautaDutilh
ACC: Rock-Solid Evidence Required For CO2 Neutralization Claims Global Advertising Lawyers Alliance (GALA)
The Day: Opening Of The Dutch Regulated Online Gambling Market CSB Group
Vloggers And The New Media Act: A Storm In A Glass Of Water? Global Advertising Lawyers Alliance (GALA)
Mondaq Webinars
Considering the Nigerian Start-Up Act & The Opportunities for Tech
Oake Legal
A Guide for Business and Investors – The Sleeping Giant; Why is Nigeria the New Emerging Market for Global Business
Threshing Fields Law Practice
More Webinars
Comparative Guides
FinTech
Labour and Employment
More Guides
Mondaq Advice Centres
Global
Trademarks in SAARC Countries
More MACs
Upcoming Events
Mondaq Social Media