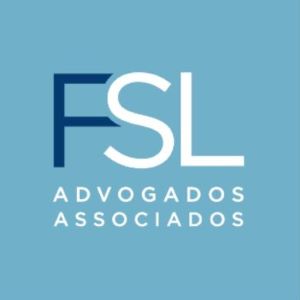 The ICC International Court of Arbitration's historical and leading role among arbitral institutions draws the attention of arbitration practitioners worldwide to the new 2021 rules (“2021 ICC Arbitration Rules”1), in force since January 1st, 2021. Addressing practical demands of stakeholders, the revised rules contain subtle but important adjustments, mostly related to the flexibility, efficiency and transparency2 of arbitral proceedings, but also taking into consideration the new challenges posed by the Covid-19 pandemic.

Flexibility. The most noticeable change to the 2021 ICC Arbitration Rules might be the use of electronic pleadings and communications as the default way to handle arbitral proceedings, representing a shift from the now obsolete presumption that hard copy filings were mandatory (see Articles 3(1), 4(4)(b) and 5(3)). Such modification comes along with the imminent implementation of new online case management platform, currently being designed by the ICC3 to boost the adaptation to a completely virtual and paperless environment. Another noticeable effort aimed at further aligning the 2021 ICC Arbitration Rules with current practice post Covid-19 is the permission granted to parties as to choose on how to submit documents, as well as the encouragement of the electronic signing of documents in general, including the Terms of Reference, the Award, among others, by the arbitrators and/or the Secretariat, (see items 197-199 of Note to Parties and Arbitral Tribunals on the Conduct of Arbitration4). The increased role of technology can also be found on the powers of the arbitral tribunal to order virtual hearings, in spite of a party's opposition (see Article 21(1)). Despite the requirement that the parties be previously heard, the powers and the discretion of the arbitrators have been indisputably increased in this regard.

Efficiency. Provisions on joinder have also been adjusted to have their scope expanded. The revised rules authorize a constituted arbitral tribunal to rule on a request for joinder, allowing a third party to participate on an ongoing arbitration upon explicit consent to the Terms of Reference (see Article 7(5)). Such possibility may effectively contribute to dodging ulterior commencement of arbitrations by such third party, provided that the panel bears in mind all relevant circumstances when ruling in this regard (prima facie jurisdiction, timing of the request, potential conflicts of interests and the impact of the inclusion itself). Similarly, consolidation of different procedures is now authorized, notwithstanding claims not being made under the same arbitration clause, as long as the dispute (i) involves the same parties, (ii) connects to the same legal relationship, and (iii) suits the very same arbitration agreement (see Articles 10(b) and 10(c)). Moreover, other noteworthy adjustments have been crafted: the possibility of an additional arbitral award in certain circumstances has been created, the threshold for expedited procedures has been increased (from USD 2 million to USD 3 million), and French law was expressly confirmed as the law governing claims arising out of the administration by the ICC Court, just to mention a few.

Transparency. Conflicts of interests have also been seriously addressed by the 2021 ICC Arbitration Rules. To that end, parties should from now on disclose funding agreements, but not their full terms, aligned with current international practice (see Article 11(7)). Such provision assists prospective arbitrators in fulfilling their own disclosure, independence and impartiality obligations, warding off due process apprehensions. Likewise, arbitral tribunals are now expressly empowered to refuse changes of counsel in order to prevent premeditated and supervenient scenarios of conflict of interests (see Article 17(2)). In this case, the ICC's notable deference to party autonomy is mitigated in favor of the principle of enforceability of the arbitral award. In similar fashion, a distinct and compelling mechanism has also been introduced, granting the ICC's Court the power to override the parties' arbitration agreement and, in exceptional circumstances, appoint each and all members of the arbitral tribunal, when such appointment may be necessary to preclude unequal treatment and unfairness threatening the validity of the award (see Article 17(9)). Time and practice will tell, but multi-party and asymmetrical arbitration clauses are likely to become the main target of such new rule.

3 “While the Court will soon offer a new interactive platform for the electronic filing of submissions and exhibits, the amendments to Articles 3, 4 and 5 of the Rules will reflect the fact that, in a large number of cases, the request for arbitration and the answer are served electronically, with no paper copies”. ICC Dispute Resolution Bulletin, 2020, Issue 3, p. 7.< http://admin.coastlinesolutions.com/eBookFlyLinkGenerator/pdf/20BUL3.pdf>

4 Note to Parties and Arbitral Tribunals on the Conduct of the Arbitration Under the ICC Rules of Arbitration: <https://www.gide.com/communications/iccnotetoparties.pdf>