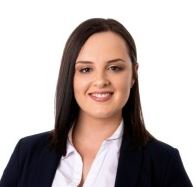 A woman has been awarded over $400,000 following a surgical error which resulted in an unplanned pregnancy.

The New South Wales Supreme Court has awarded the plaintiff compensation after she gave birth following the failed gynaecological surgery.

In May 2014, the plaintiff, Mrs Jodie Lee (a pseudonym) consulted the defendant, Dr Dhupar an obstetrician and gynaecologist, concerning an elective tubal ligation procedure (sealing closed her fallopian tubes) with the intention of preventing further pregnancies.

After the birth of Mrs Lee's third child, she and her husband had made a joint decision, that they would not have any more children. She wanted to proceed with a contraception option that provided her with the least possible chance of becoming pregnant again.

She understood her best option was to undergo a tubal ligation procedure, which was carried out by Dr Dhupar in August 2014.

Following the procedure, the plaintiff felt confident that she would not become pregnant again and moved forward with her plan to work full-time and was enjoying her role as a mother to three healthy children. In July 2015, after experiencing symptoms of nausea, vomiting and sensitivity to food smells, the plaintiff found out that she was pregnant with her fourth child. The child was delivered by emergency caesarean section under circumstances which were very stressful for the plaintiff.

Dr Dhupar disputed all of Mrs Lee's allegations of negligence. In her defence, Dr Dhupar claimed that Mrs Lee's pregnancy was the result of the ‘materialisation of an inherent risk' associated with the procedure. She argued that prior to undergoing the surgery, Mrs Lee had been appropriately informed that there was a chance the procedure may not prevent pregnancy.

In his determination of the case, the Judge emphasised that there was no doubt that the child at the centre of the proceedings was loved and cherished by Mrs Lee, her husband and their family. It was acknowledged however, that the subsequent birth of that child has had significant adverse effects on Mrs Lee's life, on the amenity of her life, on her emotional wellbeing, and on her capacity to work.

At trial, there were many matters in factual dispute, including the content of pre-operative information provided to Mrs Lee, and the reliability of Dr Dhupar's patient and operation records.

One of the key questions was what, if any, written information or reading material had Dr Dhupar given to Mrs Lee during her initial consultation.
Dr Dhupar relied upon the content of a patient information booklet as evidence to support her contention that appropriate information had been given to Mrs Lee concerning the risks associated with the procedure.

Relevantly, amongst the risks mentioned in the patient information booklet relied upon by Dr Dhupar, was the risk of pregnancy.

Mrs Lee said that she did not recall receiving an information booklet of that kind or having left Dr Dhupar's consultation with one.

Dr Dhupar's handwritten consultation notes from Mrs Lee's initial consultation in May 2014 were scrutinised by the Judge. It was noted that although the handwritten notes were made in blue ink, there was an entry at the bottom which included an adhesive sticker which had been written on in black ink. That sticker had been written on in Dr Dhupar's handwriting and included a reference to Mrs Lee and the proposed procedure that she was to undergo.

Dr Dhupar gave evidence that, until detached from the information booklet, the sticker had formed part of the booklet which she said she had given to Mrs Lee following the initial consultation – the very same booklet that included a warning about the risk of pregnancy.

Under cross-examination, Dr Dhupar conceded that she had altered her medical records two years after that initial consultation, after she became aware of the existence of the plaintiff's claim.

Mrs Lee's legal team suggested that by altering her records, Dr Dhupar intended to mislead Mrs Lee's lawyers about whether, and at what point in time, an information booklet had been given to the plaintiff.

When Dr Dhupar was questioned about the circumstances under which she altered her records, she denied that she was trying to cover up a potential deficiency in her notes. She argued that she had made an error by failing to make some record of the reasons for the alteration, and sought to downplay the significance of that error, which she then sought to excuse by saying that such errors are possible in a busy private practice.

The Judge was unconvinced and found that Dr Dhupar's explanation on the context of the alteration had cast significant doubt on the factual accuracy and the reliability of her evidence.

It is a well settled principle at law that doctor and patient relationships give rise to a duty of care.

In Mrs Lee's case, the scope of the duty of care that Dr Dhupar owed to her was to take reasonable precautions, according to Dr Dhupar's skill and competence as a trained obstetrician and gynaecologist, when operating on Mrs Lee.

Accordingly, the Judge found that Mrs Lee had established that Dr Dhupar's breach of duty of care was the relevant cause of her pregnancy and was entitled to an award of damages in the amount of $408,700.

This case was decided in New South Wales; however, we have equivalent provisions in the Civil Liability Act 2002 in Queensland. Whilst a person cannot be liable in negligence for harm suffered by another person as a result of the materialisation of an inherent risk, an inherent risk is a risk of something occurring that cannot be avoided by the exercise of reasonable care and skill.

In Mrs Lee's case, it was clear that her pregnancy resulted from her doctor's error and it could not be described as the ‘materialisation of an inherent risk'.

At TSP, our lawyers summarise all relevant Queensland cases as they are handed down, and then share them amongst our professional staff internally for training and professional development. We decided that in the spirit of cooperation and working together, we would share these on our website so that the wider profession is able to use them as well.

All summaries can be viewed here, once you complete your registration you will also receive a weekly update with new summaries.