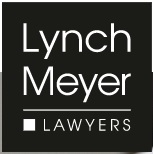 Australia: Your Google search is at risk

Unless you don't use Google, Facebook or YouTube, you would have seen messages such as this in the last couple of weeks. What's going on here? This note explains the legal background.

The fight is between the 'new media' businesses (Google, Facebook, and YouTube, which Google owns, and WhatsApp and Instagram, which Facebook owns), and the traditional news media businesses, and goes back at least as early as July 2019. That was when the ACCC (Australian Competition and Consumer Commission) released the final report for its 'Digital Platforms Inquiry'.

A key conclusion was that there was a significant imbalance of bargaining power between Google/Facebook and traditional news media businesses wanting to reach audiences online; the two groups had become 'unavoidable trading partners'.

A bargaining code (which could be voluntary) to address this imbalance was needed. In December 2019 the Treasurer instructed the ACCC to facilitate negotiations accordingly.

Negotiations stalled. In April, Treasurer Josh Frydenberg directed the ACCC to develop a mandatory bargaining code. The timing and trajectory of the negotiations put significant pressure on the traditional news media sector. The sharp decline in their advertising revenue, aggravated by COVID19 factors, had heightened the effect of the imbalance. The ACCC considered it unlikely that any voluntary agreement would be reached.

The news businesses covered are the larger providers (turnover greater than $150,000); who deal predominantly in 'core news content', for the dominant purpose of serving Australian audiences; and which adhere to professional quality standards.

For its part, a digital platform service (DPS) must (amongst other matters):

An arbitration scheme is specified in which the two groups must negotiate in good faith, with a possibility of referral to compulsory arbitration if they cannot agree. Financial sanctions may apply for breaches of the code.

Australia is not the first country to experience legislative intervention in this area. Last year, the EU enacted a press publisher's right as part of its Digital Single Market (DSM) Directive. When Spain introduced laws to redress the 'value gap', Google responded by not including Spanish news in its services. Hence, Google 'has form' in making its recent threat to withdraw from providing Australian news. However, the fight is as much political as it is commercial or legal. It is no accident that when Google made its threat, they specifically broke the news in US media and other forums before releasing it to Australian news outlets. Australia is a testing ground, but the real fight is and will be the USA and Canada.

Nor do Google or Facebook underestimate the power of the 'fear factor'. Google stands accused of deliberately misleading users via 'manipulative' new advertising that a proposed revenue-sharing deal would fill its search results with junk. There is considerable alarm at the possibility of 'fake news' supplanting 'real' news. This comes from a company which reportedly generated $4.8 billion in local revenue last year.

Former ACCC chair Alan Fels has pointed out that the code is not a tax; codes are applied already in other industries, and work fairly well to even up bargaining power.

The algorithm requirement (see 3. above) is controversial, but the new law would not compel Google to provide its algorithm to anyone, merely to notify media companies of proposed changes in how it ranks the news service's articles.

Google claims that it already pays Australian news companies, but it only started paying some of the smaller news publishers after the ACCC was instructed in April to draw up a compulsory code of conduct.

The key issue is money. Google, Facebook and YouTube command a massive number of eyeballs on a daily basis, with advertising revenues to match. Facebook say that news is not a significant source of their revenue, and it is Australian media outlets that benefit from Facebook, pointing to the 2.3 billion clicks on Australian news items in the first half of 2020, generating revenue of $200M for news outlets.

As things stand, it is uncertain how all this will play out. There is still much to go in the process before a final resolution is reached.