Australia: E-Alert: Beyond COVID-19 – The 2032 Olympic Games in South-east Queensland

Australia has once again won the bid for the Olympic Games with Brisbane to host in 2032 (less than 11 years to go). Governments are poised at the starting blocks, set to transform south east Queensland under the local, state and federal governments' "Master Plan" by 23 July 2032.

What does this mean for property owners?

The Master Plan will include three primary Hubs connected by road and rail in Brisbane, the Gold Coast and Sunshine Coast. Twenty-eight Olympic sports will be played in thirty-two venues in the primary Hubs and in existing and planned venues throughout Queensland. Venues include Toowoomba, Redlands, Moreton Bay and Lake Wyaralong in the Scenic Rim. In the north, Cairns and Townsville will take centre stage.

According to the  Queensland Value Proposition Assessment Executive Summary (VPA) approximately 80% of stadiums and venues are built or will be temporary. Expansion and enhancement of existing facilities is expected. An estimated $1 billion will be spent on the Gabba which will become Brisbane's crown jewel, hosting the opening and closing ceremonies for the Olympic and Paralympic Games and the athletics competitions.

New builds and planned development in the Brisbane Hub include a new inner city Brisbane Arena, an indoor sports centre in Herston, the main athlete's village with a total footprint of approximately 40 hectares in the Northshore Hamilton priority development area and the international broadcast and main press centres, which will host over 15,000 broadcast and production personnel, to be located in Southbank and West End.

Infrastructure, road transport and public transport improvements are key considerations in preparing to host the Olympic Games. This could be a catalyst for the development of visionary infrastructure such as faster rail. It does mean that privately owned land will fall under the microscope to meet land needed to service the Games.

Several Games venues are to be situated in high density areas with narrow road designs. Plans for improved infrastructure that efficiently moves spectators between the three primary Hubs in south east Queensland and moves large crowds in and out of high-capacity venues will be necessary.

This means that some people or businesses will be affected by resumption or the possibility of resumption, causing what is known as "planning blight" (which is not compensable).

The  Acquisition of Land Act 1967 (Qld) sets out the framework for compulsory acquisition and the criteria for compensation. Although there are rights to object to a proposed acquisition, most of the time the only recourse for a resumption will be to make a claim for compensation. An affected party can negotiate with the resumption authority to agree on reasonable compensation and sell their property to the resumption authority by private treaty. However, failing to reach an agreement will require a decision of the Land Court, which involves expert witness and legal argument. The costs (and stress) of a Land Court action can be hefty.

Resumption authorities (state and local governments) must comply with the resumption laws and policies for acquiring land for infrastructure. Any compulsory acquisition process in a democratic society is not to be a hasty one. The relatively short time to the Games may see an amplification of claims.

Private property owners near large venues may not be as ready as others to accept that all of the impacts of the Games will be beneficial. Those on transport corridors may feel the same. Sometimes there may be significant disagreement about compensable values for compulsory acquisitions.1

To speed up the land resumption process the Queensland Government may follow New South Wales' example and enact a specific Olympia orientated Act for this purpose.

Despite the anticipated social and economic benefits and significant land value rises, some property owners will be negatively impacted.

Other legislative trade-offs and protections are expected too when the Olympics come to town. The  Olympic Arrangements Act 2000 (NSW), for example, enacted various protective provisions about nuisance, control of airspace and other things in New South Wales legislation.

We may expect the formulation of specific legislation for a very wide range of issues, including the management and administration of the Games, as well as traffic infrastructure and planning. The VPA deals with the objectives for south east Queensland's transport infrastructure, acknowledging the need for a robust strategy that will leverage and improve on existing plans. If the New South Wales model is followed, an Olympic Roads and Transport Authority (ORTA) may be set up closer to the Games starting (2 years before in NSW) to direct the movement of traffic, parking and other transport facilities. However, the VPA does acknowledge the Commonwealth Games CG2018 format and legacy may well play some part in the Queensland's approach to planning for 2032.

In closing the Sydney Olympic Games, outgoing president of the IOC Juan Antonio Samaranch declared to the host nation, "I am proud and happy to proclaim that you have presented to the world the best Olympic games ever".

Brisbane and Queensland have some big Olympic shoes to fill. 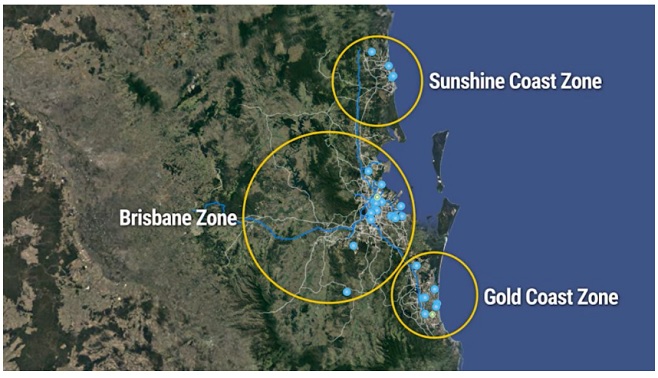 ARTICLE TAGS
Australia Real Estate and Construction Construction & Planning Land Law & Agriculture Real Estate
POPULAR ARTICLES ON: Real Estate and Construction from Australia
Promissory Estoppel
Vincent Young
Commercial parties tend to operate in fluid and fast paced environments. Frequently formal contracts are entered into or amended late or possibly not at all.
The Melbourne Earthquake: How It Should Have Been Dealt With In An Australian Standard Construction Contract
Vincent Young
On 22 September 2021, a magnitude 5.9 earthquake struck Victoria. Undoubtedly, this led many construction managers in Melbourne to review their contracts to assess who bears the risk for any damage caused.
Stamp Duty – A Summary On The Existing Framework And Proposed Future Changes
Vincent Young
Liability of transfer duty payment kicks in immediately on transfer of a dutiable property. In land contracts, this liability arises once the parties enter into a contract for sale.
More changes to NSW COVID-19 retail and commercial leasing laws
Holding Redlich
These laws also pre-empt better retail trade and commercial life, hopefully signalling an end to challenging times.
Future of eConveyancing in NSW– Are you ready for the cancellation of Certificate of Titles and CoRD consents? How does this impact on second mortgages?
Piper Alderman
This shift to electronic lodging of land ownership details will ensure more efficient and secure processes.
Inside Track: Planning, Environment & Sustainability - In the media, In practice and courts, Cases and Legislation
Holding Redlich
Links to recent media releases, reports, cases and legislation relating to planning, environment & sustainability.
FREE News Alerts
Sign Up for our free News Alerts - All the latest articles on your chosen topics condensed into a free bi-weekly email.
Register For News Alerts
Article Tags
Australia Real Estate and Construction Construction & Planning Land Law & Agriculture Real Estate
Related Articles
Off-the-plan contracts: A tale of two stories Holding Redlich
I paid the deposit on time and the vendors have to complete the property sale. Which case won? Stacks Law Firm
Cooling off under a put and call option to purchase residential land – the dangers for vendors highlighted by the BP7 case Bartier Perry
70% vaccination and going strong! But can a landlord require a tenant to be vaccinated? Bartier Perry
De-risking and future-proofing commercial leases Corrs Chambers Westgarth
Mondaq Webinars
Future Series: How Corporate Boards Can Manage Growing ESG Litigation
Bennett Jones LLP
Webinar Calgary Canada
Mergers in The New Normal: What Populist Antitrust Reform Portends for Mergers
White & Case LLP
Webinar Washington United States
More Webinars
Comparative Guides
Alternative Investment Funds
Anti-Corruption & Bribery
Data Privacy
Insurance
International Arbitration
More Guides
Mondaq Advice Centres
Global
Trademarks in SAARC Countries
More MACs