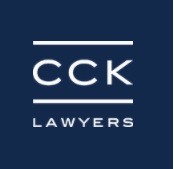 by Adam Rosser
CCK Lawyers
Your LinkedIn Connections
with the authors

In Cant v Mad Brothers Earthmoving Pty Ltd [2020] VSCA 198 the Victorian Supreme Court of Appeal considered the circumstances in which a payment by a third party during the relation back period will amount to an unfair preference and therefore be recoverable as a voidable transaction.

The Court found that a payment by a related company to an unsecured creditor of a company in liquidation will not give rise to an unfair preference unless the assets for distribution among creditors in liquidation are diminished.  This is because if the assets for distribution are not diminished, then the payment will not meet the statutory requirement of the payment being 'from the company'.

The facts of the case involved four companies:

Eliana and Rock had the same sole director.  Eliana incurred a debt of $220,000 to Mad Brothers for earthworks completed at various construction sites.

The liquidator sought to recover the $220,000 paid by Rock to Mad Brothers.

What is required for an unfair preference to arise?

The main issue for determination was whether the payment to Mad Brothers by Rock constituted an unfair preference under section 588FA of the Corporations Act2001 ('Act'), which provides:

(a)            the company and the creditor are parties to the transaction (even if someone else is also a party); and

The Court found that:

The Court's reasons include a detailed consideration of other decisions which address the interpretation of the phrase 'from the company' under the Act, and the similar language of 'by the company' which appeared in the previous legislation.

The Court held that in order for a preference payment to be 'from the company', the receipt of the payment by the creditor must have the effect of diminishing the assets of the company available to creditors.

The Court found that '… the words "from the company" are intended to convey that the payment be made out of moneys or assets to which the company is entitled.'  The Court further found that Eliana was not entitled to the money paid used by Rock to pay Mad Brothers because the liquidator did not establish that Rock was indebted to Eliana.

The Court provided the following summary of section 588FA:

‘(a)        The words "given by a company" in [the first sentence of] s 588FA(1) do not form part of the definition of an unfair preference. They are descriptive of the position when the elements of the definition in paragraphs (a) and (b) are met.

(b)        A company may be a party to a transaction for the purposes of s 588FA(1)(a) as a result of giving a third party a direction as to the making of a payment to a creditor, or by authorising or ratifying such a payment. However, this does not necessarily mean that the payment is received "from the company".

(c)         The words "from the company" in s 588FA(1)(b) have the effect of retaining the requirement under previous law that the preference be received from the company's own money, meaning money or assets to which the company is entitled.

(d)        It is necessary, in order for a preference to be "from the company" that the receipt of it by the creditor has the effect of diminishing the assets of the company available to creditors.

(e)        On the other hand, a payment by a third party which does not have the effect of diminishing the assets of the company available to creditors is not a payment received "from the company" and is therefore not an unfair preference.'

The Court distilled these relatively simple statements of principle from an extensive analysis of previous authorities regarding unfair preferences and third party payments.

Unfortunately, the apparently straightforward propositions set out by the Court leave a number of questions unanswered in relation to the application of section 588FA.

In this regard, the Court (at [112]) recognised situations which could constitute a preference, but which would not reduce (or could even increase) the net assets available to creditors.  However, the Court did not attempt to say more about those hypothetical circumstances in this decision.

The decision is a timely reminder to insolvency professionals that assessing whether a transaction involving a third party amounts to an unfair preference is not straightforward.  For creditors seeking payment, and concerned about the possibility of receiving an unfair preference, the decision provides some helpful guidance, but little certainty.