by Philipp Stark (Brisbane)
Worrells
Your LinkedIn Connections
with the authors

How these interact and impact creditors.

Occasionally you may see more than one insolvency practitioner—from different insolvency firms—appointed over the same entity. It's confusing to most as it's hard to understand how the appointments came about, particularly after the initial appointment, and what it means for how the administrations will run, and what it means for different stakeholders.

The first thought is usually: who do I need to contact to get the answers needed. 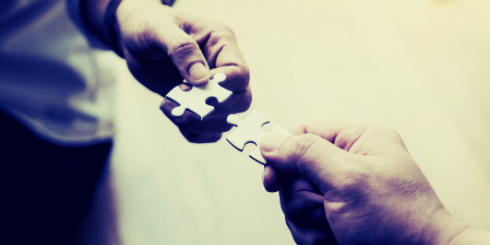 If there are dual appointments, the most common combinations are:

These situations usually start one of two ways:

These scenarios are simplified examples as there are several ways for external administrations to begin and reasons why there may be multiple EAs to be appointed simultaneously.

For example, in the Harris Scarfe and Dick Smith appointments, there were a voluntary administrator and Receivers and Managers appointed. The Receivers and Managers were appointed to secure/trade the business and deal with assets. And voluntary administrator was appointed for the purposes of securing the leases (as moratoriums and ipso-facto protection apply to this appointment type), dealing with unsecured creditors, and resolving the future of the company.

The second thought for stakeholders involved is do multiple appointments give rise to competing interests or cause any issues with the administration?

Sometimes having multiple appointments can cause issues in an administration. For example, where a Receiver and Manager is appointed, they will take possession of all company's records. When a voluntary administrator or liquidator is appointed, they also need those records to complete their investigations and deal with creditor claims. Obtaining copies of the records may cause a delay and/or may increase the administrations' costs.

Other than the administrative trajectory and associated costs, stakeholders can be preoccupied with whether a dual appointment is circumventing the best outcome being either a higher dividend in the wind up (liquidation) or in a restructure's DOCA. And rightly so. Given the number of variables it depends on the individual circumstances. If a Receiver and Manager is acting for a secured creditor that is a mainstay of the company e.g. the company's principal financial institution that inherently funds and underpins all company operations, then their interests are likely to supersede all other creditors' by the sheer quantum of secured debt owing. (Noting that the Corporations Act gives employees' claims a priority status under sections 433, 556, and 561 so that they're not unfairly disadvantaged.)

Special Purpose liquidators (SPL) are being utilised more often recently with courts usually agreeing to appoint them where the party nominating for their appointment is willing to fund them. High profile examples include Queensland Nickel, where the Commonwealth appointed an SPL with the mandate to pursue recoveries. The SPL was successful in reaching a settlement for the repayment of employee entitlements funded by the Commonwealth's Fair Entitlement Guarantee scheme.

Regardless of how the appointments came to be, there's an opportunity for some collaboration between EAs while abiding by their role's purpose and obligations in the respective appointment. For example, an administrator has certain powers that a Receiver doesn't. If there's dialogue between EAs that works towards establishing a win-win for both parties attached to the appointments, then creditors may not be necessarily disadvantaged by the dual appointments.

However, the fact that the different administrations exist go to show that they aim to support different creditors' positions to give them some reassurance and protection in exposing themselves to not being paid for the services/products they render.