WITHOUT IT - ARE YOU REALLY AN EMPLOYEE?

Documentation is so very important in every aspect of business. At Worrells we have often spoken about the importance of documentation in all aspects of the business. We often talk about it in the scenario of when a business is commenced, there's always lots of excitement. A lot is happening and it is very easy for little things to be overlooked.

A lot of small businesses will have family members, partners or business partners working for the business. Too often we see the case where the relationships are not properly documented. This might be the loans made to the company, the basis for the shareholders agreement or even business decisions that should be properly documented in minutes of meetings.

While money is coming in through the door and all the debts are paid things seem to always run smoothly. However, when money starts becoming tighter and the profits are decreasing, the parties then start to fight amongst themselves. After the disputes start, this is when the documentation is of utmost importance, which of course, may not exist. 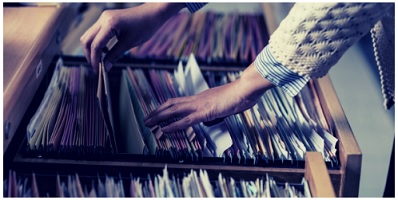 A common example we see is the case with directors that decide the company can save on PAYG tax by taking their income by way of a loan account, rather than through the payroll system. There are strict Division 7A requirements in relation to directors' loan accounts, but we are still seeing them often enough.

The issue arises here when the company is placed into liquidation. The first thing a liquidator will do is to review the company books and records, particularly the balance sheet and will quickly identify the existence of a loan account owing by the directors to the company. When we ask the director what the loan account is for, they will respond that it is for wages. We ask them for any other documentation that may exist to support the employment terms, including a contract for employment, payment through the payroll system and payments on the relevant PAYG lodgement documents. When they are unable to provide this information we then have to explain to them that it is a loan account, not wages and on that basis they are required to repay the loan account. It is at this point, they wish they had their time again to have their wages treated as wages and pay the PAYG debt.

Whilst the example given above is not an uncommon one, we would like to provide you with two other scenarios that we have seen recently whereby the lack of documentation has made it very difficult for the employees to quantify what may be owing to them.

The first scenario related to a person who is a former director and current majority shareholder of the company. The person had retired, but subsequently came back to work for the company for several years up until the time of our appointment. There was no documentation nor evidence of the agreed terms of the continued employment with the company. In fact, when we were appointed some years later, the company's records still stated that she had retired years prior to our appointment.

The only evidence to support the claim that she was re-employed by the company is a verbal agreement between the director and herself. During the course of the 7 years prior to our appointment she had not received any wages from the company and has alleged that she was to be repaid her wages once the company was profitable. Coincidentally, she worked in accounts and paid all the other wages.

The former employee has since made a claim in the liquidation for outstanding wages incurred during the period after her recommencement with the company. This is a clear example of the importance of documentation. Had something as simple as an employee contact been drawn and wages reported in the company records, it would have been easy to verify that she was an employee and therefore have a right to make a claim for unpaid wages.

The second scenario relates to an employee of a business that we traded and eventually sold. However, when it came to calculating the employee entitlements for settlement, it was easier said than done. The employee had been working at the business for more than 40 years and at no time throughout his tenure was there ever a formal written contract, it was always a 'handshake deal'.

To make it even more difficult there were no records held documenting what annual leave had accrued or been used over that 40 year period.

If appropriate documentation and records were kept, it would have been easy for us to calculate the appropriate employee entitlements for the benefit of the employee.

The importance of documenting all employment agreements, particularly the directors or any related parties cannot be understated. Whilst it might be ok when the company is making good money, it could be very problematic when a company is in financial distress. If you or any clients have any queries about what documentation should be available to ensure employee entitlements are correctly calculated in the event of liquidation, we at Worrells are available to help.