Visibility was on high last weekend as a lengthy procession of transgender and gender diverse people, along with their allies, streamed down the centre of Newtown's King Street to mark the day set aside for trans people to be seen.

"We have pride. We have power. And when we stand together for our rights, nothing can stop us," Pride in Protest spokesperson Mikhael Burnard told demonstrators just prior to the march. They added that in showing solidarity, the community will achieve "liberation from unjust social systems". 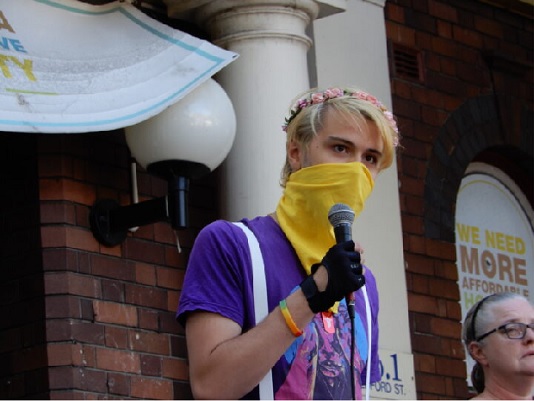 Indeed, this year's Sydney Trans Day of Visibility rally was notable for the significant increase in numbers attending. And it follows on a long list of similar events promoting the rights of the trans and gender diverse people that have occurred since the city emerged from its lockdown.

However, Community Action for Rainbow Rights (CARR) spokesperson April Holcombe warned those gathered that "the fight is not over" as trans rights are currently under renewed legislative attacks at both the federal and state levels, in the guise of religious freedoms and education reforms. 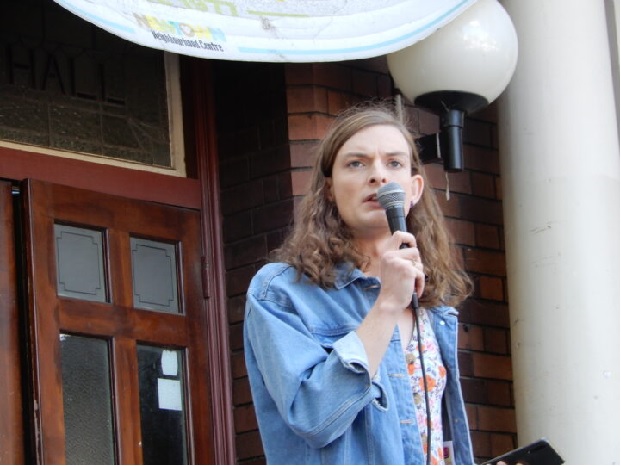 In warning the crowd of these reactionary attacks, Holcombe cited the recent Church and State Summit 2021 held in Brisbane, which saw prominent members of the Christian Right meeting to discuss how to gain further representation within Australian parliaments.

During the summit, Australian Christian Lobby managing director Martyn Iles suggested to fellow conservatives that in pushing back against the LGBTIQ rights movement post marriage equality, they should target the transgender community specifically, as, he asserts, it's the weakest part.

As an example of how this sentiment isn't confined to obscure conferences, Holcombe pointed to a successfully passed motion brought in the Senate last month by One Nation's Malcolm Roberts, which banned the use of gender-neutral language in official government documentation.

The motion called on the Morrison government to "reject the use of distorted language" as it can "dehumanise the human race and undermine gender".

Voting this motion over the line once again saw One Nation and the Coalition joining forces to support ultraconservative policy positions. 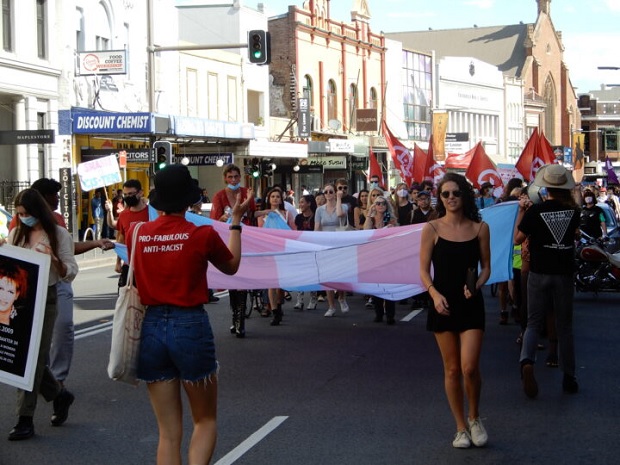 "Worst of all is a bill in NSW parliament put by Mark Latham from One Nation," Holcombe continued, adding that while most think it's an "extreme fringe bill" with "no chance of passing", the "NSW Liberal parliamentary secretary for education has openly supported this bill".

Introduced last August, the Education Legislation Amendment (Parental Rights) Bill 2020 is an "extreme" piece of legislation that's currently under the review of the NSW Parliamentary Education Committee that just happens to be chaired by Latham, the NSW One Nation leader.

This bill seeks to prohibit any mention of gender fluidity within the education system. This includes on the part of a teacher in a classroom or a counsellor giving advice. And in broaching this ban, any staff member would face dismissal.

Latham entered state parliament in 2018, warning that schools are becoming "gender fluidity factories". And during his second reading speech on the education bill, he suggested "neo-Marxist indoctrination" is taking place within the Teachers Federation, which is hampering parental rights.

Being opposed to the bill, LGBTIQ rights blogger Alastair Lawrie decided to write to most state MPs warning of the negative implications that its passing would have for trans and gender diverse children.

And on 5 March, Lawrie received a reply from NSW parliamentary secretary for education Kevin Conolly, in which the Liberal MP asserts that the legislation is all about empowering parents, "rather than teacher unions, academics or activists with their own political agenda".

Conolly further posits that gender fluidity promotes the "false and unscientific proposition that gender is something other than biologically determined". And the MP said the bill is a "positive step" in empowering parents to care for "young people rather than leave them at the mercy of activists".

Transphobic rhetoric has been central to the Christian Right's campaign to see laws passed that would enable those of faith to discriminate against minorities, when it's apparently sanctioned within the doctrines of their religion. This has been framed as the protection of religious freedoms.

Scott Morrison announced he'd be leading the charge for greater religious freedom protections just weeks after same-sex marriage passed. And the Pentecostal PM has since seen the Religious Discrimination Bill 2019 – which targets minorities and women – introduced into federal parliament.

Self-proclaimed atheist Latham has championed the religious freedoms crusade in this state, as he introduced similar legislation into NSW parliament. And quite ominously, the committee charged with reviewing these religious discrimination laws has voted to back the legislation.

In relation to Latham's anti-trans education bill, Holcombe told the visibility rally that it "would be the biggest attack on LGBTIQ people in years." And she stressed that the former federal Labor leader wields power in parliament, so "it could go ahead if we don't fight it".

"Community Action for Rainbow Rights is organising a protest to kill this bill," the activist concluded. "We're going to be gathering at Taylor Square because just a few days after the review results will come in on whether this bill can be put to parliament."