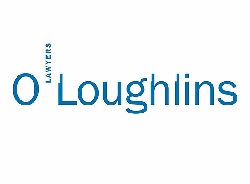 With the commencement of the Serious Incident Response Scheme we consider the obligations of providers where a near miss occurs, in particular the obligation to report to the Commission.

In this article we discuss the issue of 'near misses' under the new SIRS. While the legislation does not expressly discuss near misses, the issue is addressed in guidance published by the Aged Care Quality and Safety Commission (Commission), being the:

In this article, we reflect on this guidance and the legislation.

Definition of 'near miss'

The legislation (being the Aged Care Act 1997 and the Quality of Care Principles 2014) does not define a near miss. However, the Commission's guidance provides the following definition:

'A near miss is when an occurrence, event or omission happens that does not result in harm (such as injury, illness or danger to health) to a consumer or another person but had potential to do so.'

Examples the guidance provides of a near miss are:

As a near miss is where harm is not caused, the definition of harm also needs to be considered when determining whether an occurrence, event or omission is a near miss.

'Harm' is not defined by the legislation but is discussed in the guidance from the Commission.

In the guidance 'harm' is considered in a broad context to include the following:

In our view, whether harm has been caused first needs to be assessed from the subjective experience of the resident. The guidance suggests that providers will need to draw on their understanding and knowledge of the resident to assess whether that resident has experienced harm.

If it is determined that harm has not been caused from the subjective perspective of the resident, the provider also needs to consider whether harm could reasonably have been caused (applying the objective test of a reasonable person). This is relevant to whether the near miss is a reportable incident.

While a qualified health practitioner such as a registered nurse may be best placed to assess harm caused, all staff involved in the care of a resident should be vigilant for indications that harm may have been caused, especially where that resident has a mental or cognitive impairment and may not show the effects of harm.

Is a near miss reportable?

A challenging aspect of near misses is whether they need to be reported to the Commission as reportable incidents. The Commission does not provide much guidance on this issue, other than to say that a near miss is not necessarily reportable to the Commission and may be best addressed through continuous improvement, professional development and complaints management.

In our view, whether a near miss needs to be reported depends on whether the near miss caused harm or could reasonably have been expected to have caused harm.

Although we do not think the legislation is particularly clear, in our view, the better interpretation is that a reportable incident that is reportable to the Commission is any of the above incidents that caused harm or could reasonably have been expected to have caused harm.

If a reportable incident causes harm it will not be considered a near miss, as by definition a near miss is where harm is not caused. It would therefore be reportable.

In our view, if a near miss fits a category of reportable incident and could reasonably have been expected to have caused harm to a resident it will need to be reported to the Commission.

There are two types of reportable incidents: priority 1 and priority 2. If the near miss:

the near miss will need to be reported as a priority 1 reportable incident from 1 April 2021.

Otherwise, a near miss that could reasonably have been expected to have caused harm at a level lower than that required for priority 1 will be reportable as a priority 2 reportable incident from 1 October 2021.

The Commission says it expects the data on near misses recorded on the incident management system to be used for continuous improvement and to prevent similar near misses in the future.

This briefing provides a high level overview of near misses under the Serious Incident Response Scheme. It is the second in a series of briefings on the scheme. If you require any legal advice in relation to the effect the legislation has upon you or your organisation we would be happy to assist you.