Australia: Resigning as a Director? Notify on time, because ASIC has changed processing procedures

As of 18 February 2021, ASIC is changing the way it processes director resignations following changes to the Corporations Act 2001 (Cth). The changes are part of a suite of reforms designed to prevent illegal phoenixing, but they also have the potential to result in greater exposure for company directors and ex-directors.

Pursuant to the new section 203AA of the Corporations Act, ASIC will no longer accept ‘back-dated' resignations for directors. Any resignations that are notified to ASIC more than 28 days after the stated date of resignation will be treated as having occurred on the date of lodgment with ASIC (and not on the stated date). ASIC's records will therefore show the director having resigned on the notification date.

The new rule does not apply to company secretaries.

It has been made clear that the purpose of this change is to prevent directors from back-dating resignations in an attempt to avoid liability for events which might have occurred during the period in between their purported resignation and the date ASIC is notified.

However, the new approach will also capture a director who genuinely resigned on the earlier date, but where the director and the company (for whatever reason) missed the 28-day deadline to notify ASIC. Before 18 February 2021, the only consequence would have been a late fee payable by the company. Now, the consequences for a late notification could be much more significant for the outgoing director. In the case of a genuine resignation, an ex-director who misses the notification deadline may have had no decision-making power, control or visibility into a company's affairs after resignation, but may still have personal liability under the Corporations Act for events occurring in that interim period (for example, insolvent trading or unpaid taxes).

It is worth noting that a resignation notified to ASIC within the 28 day period will still be observed and recorded by ASIC as occurring on the stated date of resignation – not on the date of notification. And remember, resigning directors do not have to rely on the company to notify ASIC under a Form 484 – the officeholder may themselves lodge a Form 370 (Notice by Officeholder of Resignation or Retirement).

ASIC will also now refuse to accept notices of director resignation if the notification relates to the sole (or only remaining) director of a company. Although section 201A of the Corporations Act has always required proprietary companies to have at least one director, ASIC has previously accepted and recorded the resignation of a sole (or ‘last') director and permitted a company to be ‘director-less' for a reasonable time until a replacement director is appointed. Section 203AB of the Corporations Act, which states that resignations will not take effect if, following the resignation, the company will not have at least one director, took effect from 18 February 2021. As a result, as a general rule ASIC will refuse to accept, and will not record, the resignation of a sole or ‘last remaining' director.

The exceptions to the general rule are where a director has died, where a person did not provide their consent to act as a director, and where the company is being wound up or under external administration. It is assumed that ASIC would also observe a court order if one is obtained giving effect to a director's resignation.

These changes highlight the need for good corporate governance, planning for director succession, diligent record keeping, and notifying the regulator in a timely manner when board changes are made. 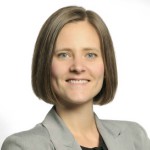