The extended 2021 NSW lockdown saw heightened fears sweep across the community. But the kneejerk decision of Bourke Shire Council  to kill 15 dogs in its custody, as something of an attempt to prevent virus transmission, was resoundingly seen as a step too far.

This was especially so, as two dog rescue organisations had been in contact with Bourke Animal Pound and had indicated they were willing to travel from other regional towns to take the canines into care.

"RSPCA NSW believes that physically healthy and behaviourally sound companion animals that are suitable for adoption should not be euthanised," said the organisation's CEO Steve Coleman in  an August statement, directly after being charged with leading the investigation into the incident.

But  as the Herald reported in September, on concluding its investigation, the animal welfare organisation found that the killings of the dogs, which included 10 puppies, was completely aboveboard, as no NSW laws had been broken in the taking of their lives.

So, NSW Animal Justice Party MLC Emma Hurst is taking action to ensure this never happens again, as she's introduced  a private members bill into state parliament that will require pounds to actively work with other groups to prevent the killing of companion animals as a matter of convenience. 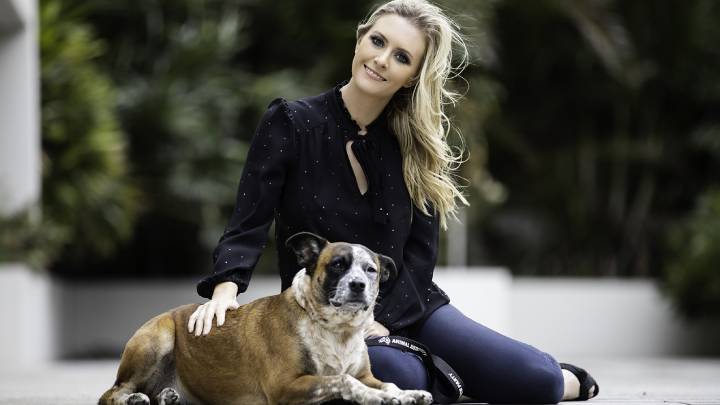 "This atrocity could have been avoided – our laws failed these dogs," Hurst told  Sydney Criminal Lawyers. "The key issue is that there is nothing in our laws in NSW right now that requires councils to work with rescue groups, even if the councils are considering killing an animal."

The MLC points to the law contained in  section 64(5) of the Companion Animals Act 1998 (NSW) (the Act). It's the only state law that safeguards against "destroying a seized or surrendered animal", and it provides a council must consider "alternative action", such as adoption, but only "if practicable".

"You would think that this section would require councils to take proactive steps to rehome animals or, at the very least, to accept assistance from rehoming groups when it's offered," said Hurst, adding that the Office of Local Government (OLG), which also investigated the matter, didn't agree.

According to the Animal Justice Party, this issue is widespread, with close to 4,000 dogs and 8,000 cats having been killed by NSW pounds over the 12 month period 2019-20. And only 10 percent of these animals were euthanised due to illness or disease.

"Clearly our laws are not working and need urgent reform," she continued. "Animals are not disposable. We can't allow what happened at Bourke Shire Council to ever happen again."

Introduced on 10 November, the  Companion Animals Amendment (Rehoming Animals) Bill 2021 inserts new section 64B into the Act, which provides a set of rehoming requirements a council must undertake before it makes the decision to end the lives of animals in its care.

"My bill will amend the Companion Animals Act to create a right to rescue," explained Hurst. "It will stop the convenience killing of healthy, rehomeable animals in pounds by making it mandatory for councils to work with rescue groups and allow them to rehome animals on death row."

As the animal rights advocate set out, the law would ensure that councils advertise animals for rehoming, "whether that be on their website, social media pages or through a third-party site, like PetRescue".

The law also requires councils to approach at least two rehoming organisations to see if they'd consider taking on an animal. A seven day decision-making period is provided. And if the rehoming organisation indicates its willingness in writing, a pound is no longer permitted to kill the animal.

"Of course, this bill does not oblige rescue groups to take on every animal on death row," Hurst made clear. "Rescue groups already do an enormous amount of unpaid work caring for homeless animals, with very little government recognition or support."

Hurst described what's going on in NSW pounds as "horrifying" with thousands of companion animals being put to death every year "due to a lack of resourcing, space or willingness to care for them". And this is despite the overwhelming majority being completely healthy.

OLG statistics give reasons for destroying animals such as an inability to rehome them or being a stray or an infant animal.

"But the reality is those are often just euphemisms," Hurst advised. "This practice of killing healthy, potentially rehomable animals is known as 'convenience killing'."

Hurst conceded that the majority of councils are attempting to rehome dogs and cats left homeless.

But others aren't being so mindful.

The politician cited one NSW pound as having euthanised almost 150 dogs and more than 130 cats in 2019-20, yet it had released less than 40 animals to rescue groups.

Convenience killings also have  a direct impact upon those working in pounds, as it causes them significant psychological distress. While some veterinarians have decided not to perform euthanasia on behalf of councils, as they got into the trade to improve animal wellbeing, not destroy it.

"Fundamentally, what we are seeing in pounds also reflects the underlying issues with animals still being considered property under law," Hurst emphasised. "Animals are not toys. Their lives are not disposable."

Earlier this year, the Animal Justice MLC established the Pound Reform Working Group, which held a roundtable with enforcement agencies, councils and pounds. A number of needed reforms were determined, with the excessive numbers of animals entering pounds being chief amongst them.

This points to overpopulation issues, which could be stymied with free or subsidised desexing programs, a prohibition on puppy farming and backyard breeding, as well as greater education around what the commitment of taking on an animal as a pet actually involves.

"This is a long-neglected area of legislative reform, and many animals have suffered and died from lack of proper laws."