As the last blazes of the 2019-20 bushfire season were still ravaging the south east of this country, a group of over 200 Australian scientists presented an open letter to the federal government calling for urgent action on climate.

While in December, over 250 scientists from around the planet issued an open letter warning of the risk of societal disruption and collapse that the burgeoning climate crisis presents.

The 2018 IPCC report warned that this decade is a crucial time for humanity to transform the way it operates in terms of fossil fuel use in order to keep temperatures to below 1.5°C or, at the very least, below 2°C.

This report woke many globally to the threat that changing climate poses to life on Earth. Yet, it has also been critiqued as being too conservative in its estimates.

The predictions of the Australian-produced Climate Reality Check 2020 are starker still. It warns that global warming is fast approaching 1.2°C, that a 1.5°C temperature rise is likely to arrive prior to 2030, and a dangerous 2°C could be on the horizon by 2050.

So, unless you're one of the fast-declining breed of climate deniers, which every way you look at it, weather patterns are becoming more extreme and the word "unprecedented" is increasingly being applied to them.

US political dissident Professor Noam Chomsky proclaimed in March last year that Scott Morrison was amongst the top three climate criminals in the world.

Standing beside the prime minister, getting their mugshots done as well, were Donald Trump and Brazilian president Jair Bolsonaro.

Chomsky made the claim as he noted that our nation "continues to rely on production and export of the most dangerous of fossil fuels". He was referring to coal – the most carbon-intensive fossil fuel that can be burnt – with Australia being one of the largest exporters of the resource in the world.

However, with the coming of the US Biden administration, the Morrison government is fast turning this country into a climate pariah.

Mid-last year, as states and territories were emerging from their COVID-19 lockdowns, the PM announced a "gas-led recovery" to pull the nation out of economic downturn. This strategy involves the opening up of five gas fields and the construction of new pipelines.

But while the federal Coalition has been spruiking gas as some kind of clean alternative – akin to solar or wind – the reality of the shift in chosen fossil fuel is that the methane involved in the mining of gas can prove up to 80 times more detrimental than carbon in terms of greenhouse effect.

The Centre of Excellence for Climate Extremes (CLEX) is a research consortium funded by the Australian Research Council, which is focusing on the impact that climate is having on extreme weather events. It spans five universities: UNSW, Melbourne, Tasmania, ANU and Monash.

University of Melbourne climate lecturer Dr Andrew King is a CLEX research fellow. The doctor has a focus on examining the effect that changing climate is having on local weather patterns, especially those related to heatwaves and heavy rainfall.

Sydney Criminal Lawyers spoke to Dr King about how the Great Barrier Reef looks set to die, the difficulty in tracking climate links in terms of certain extreme weather events and why this country needs to take climate action now. 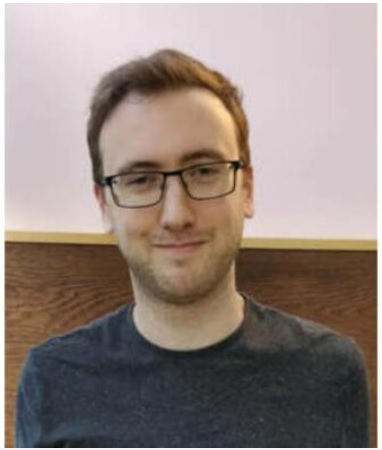 There might be an influence on this event. But it's too soon to say, because we haven't done a full study on it.

In general, we know that La Nina increases the probability of having widespread heavy rain in NSW, as we've seen over the last week. That's probably the biggest climate factor.

Climate change has been enhancing short duration extreme rainfall. That's rainfall that falls in the space of half an hour to an hour, causing flash flooding. Climate change is enhancing that sort of rainfall.

But with the multi-day extreme persistence of the recent heavy rain, it's harder to say what the climate change influence is. It might be there, but it's probably not very big. And it's hard to determine.

Another point is, there isn't really a trend in extreme rainfall on the time scales relevant to this event. So, if we look at daily or multi-day extreme rainfall metrics, we don't see trends in those in NSW.

Australia is prone to lots of extreme weather events. And there are certainly climate change impacts going on in Australia, especially when it comes to heatwaves.

For bushfire weather, it's quite complicated. There's a bit of a climate change effect. But it's still complicated, because bushfires thrive in dry windy conditions with low moisture in the air. How that is changing with climate change is unknown.

But, in general, there's an effect with climate change in enhancing bushfires.

For droughts, again, it's complicated. So, if we look at prolonged lack of rainfall, we don't see real trends there.

But if we look at the dry three or four years we recently had in south eastern Australia, we don't have the length of observations that we need to look at trends.

There is always more that can be done. So, even if we fail to limit global warming to below 1.5°, it is still better to keep it below 2° than to allow it to rise to 3°.

It's not so much that we should give up if we miss a target, as there's always a benefit to doing as much as possible.

At the moment, it's quite hard to tell. We've had rising global emissions of carbon dioxide up until the pandemic.

But with the pandemic there has been a dip. If we return to the previous trend, though, even with the emission reduction pledges, it's unlikely that we will limit global warming by 1.5°.

We still have a lot of work to do if we're going to limit it to below 2°C. It's possible, but it's very difficult. And we need to take much stronger action.

Obviously, as the world goes back to some kind of normality, that's going to be hard to do.

The current emissions reduction trends are not in line with limiting global warming to low levels. So, much stronger action would need to be taken than is currently planned to really prevent dangerous climate change in Australia.

We're still having extreme weather events, some of which are climate change enhanced. It's a problem that's not going away.

The pandemic has reduced climate emissions through the actions that people have taken. Some of the changes that come out of the pandemic could have positive side effects for climate. For example, if people work from home more and fly less that would have benefits for climate.

There are potential positive side effects from this terrible event. And it's worth capitalising on some of the gains that have been made.

Say, if it becomes less acceptable for people to fly between Melbourne and Sydney for a two hour meeting, that would be a good thing. 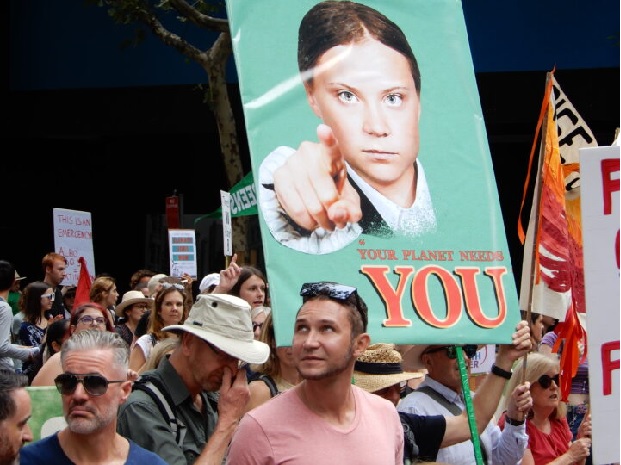 Australia is really suffering some of the biggest climate change impacts, especially to the Great Barrier Reef, which at even 1.5° global warming will probably struggle to survive. It's basically nearing its end.

We're really feeling the impact here, with the heatwaves as well. It's really in our interests to act to try and reduce the problem.

So, it benefits Australia to be part of the international conversation around climate change, and to push for action to further reduce emissions.

If we stay the course we have been on, we're really on track for 3°C global warming. That really does have disastrous implications for Australia.

It means the Great Barrier Reef – it's coral systems – will be dead. It means extreme heatwaves will be more common. So, 50+ days in Melbourne and Sydney. They wouldn't be common but happening from time to time.