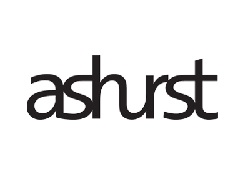 by Ian Bolster , John Pavlakis and Mark Bradley
Ashurst
Your LinkedIn Connections
with the authors

In the wake of AMP's Royal Commission appearances concerning the "fee for no service" issue, five shareholder class actions were commenced against it within five weeks of each other (although two were later consolidated, leaving four). Each of them sought damages in relation to AMP's breach of continuous disclosure obligations.

The first was brought in the Supreme Court of New South Wales; the others began in the Federal Court but were transferred to the Supreme Court. They were all against the same defendants, in respect of the same controversy and made on behalf of the same class of persons, albeit with different solicitors and/or litigation funders.

In May 2019, three of the remaining four proceedings were stayed. The one that progressed was chosen because it was the most likely to result in the highest net return for group members (see our update here). The decision was made by conducting a multifactorial analysis of the kind undertaken by Lee J in GetSwift (see our update here).

One of the applicants, Ms Wigmans, appealed the decision on the basis that the stay was not authorised by the Civil Procedure Act 2005 (NSW) or under the Court's inherent powers. She argued that the proceeding which was allowed to progress should have been stayed because it offered no discernible juridical advantage over hers, which was first-in-time. Ms Wigmans' appeal was unanimously dismissed by a five-judge panel of the New South Wales Court of Appeal.

No "one size fits" all approach to competing class actions

The majority of the High Court (Gaegler, Gordon and Edelman JJ) confirmed that the Supreme Court had the power to order a permanent stay of the competing class actions.

The majority was not critical of the multifactorial approach taken in GetSwift.

It went on to set out the correct approach to dealing with competing class actions where a stay has been sought as follows:

The majority also proposed two approaches to help decide which class action should proceed. First, appointing a special referee to enquire into litigation funding arrangements and particular questions the primary judge dealt with on the basis of assumptions. Secondly, appointing a contradictor to make submissions on behalf of a common group member.

The rejection of the first-mover advantage will hopefully discourage plaintiffs from making unnecessarily broad claims or feeling rushed into commencing, particularly in the securities class action context, where proceedings are often quickly filed following a sudden change in the market price of shares. However, an argument for a stay of later proceedings will be stronger where there is a greater gap in time between commencement of the first proceeding and the competing proceeding.

Their Honours pointed out that unlike the Australian regimes, overseas jurisdictions have express statutory powers to deal with the problem of competing class actions.

Their Honours considered that the Court has no statutory or inherent jurisdiction to choose which of the sponsors of multiple representative proceedings should be chosen to progress to a determination by the court.

The majority's decision is relevant to all Australian class action jurisdictions, which have comparable statutory class action regimes.

However, because the majority did not narrow or modify the test for resolving competing class actions, the decision will have a limited impact on existing practices. While it is possible that courts may amend their practice guidance to reflect the correct approach outlined by the High Court, in practice things are not likely to change much from the "multifactorial approach" that has been in play since Getswift.

Less need for flagged reforms, but still some possibility?

The Joint Parliamentary Committee on Corporations and Financial Services' report on Litigation funding and the regulation of the class action industry delivered in December 2020 recommended that the Federal Court's Class Actions Practice Note be further amended to provide that:

It also recommended the introduction of an express statutory power for the Federal Court to resolve competing class actions, including the power to decide that only one of the class actions should continue.

This latter proposal now seems unnecessary, with the High Court confirming there is power. Given the High Court did not go into detail on the selection process there may still be calls for further guidance in the practice notes, but in practical terms that is unlikely to change the landscape.

The real question remains whether a 90 day standstill will be implemented. This decision may allow greater focus on that issue, by somewhat resolving the others. It remains to be seen.