This article covers events which occurred between November 2020 and February 2021 (there is generally reduced activity in January and February each year, owing to the holiday period). The previous October 2020 update is available here.

The Full Court of the Federal Court of Australian has dismissed Trivago's appeal against an earlier decision that Trivago had breached the Australian Consumer Law (ACL) by:

We covered this decision in our December 2019/January 2020 update. The Full Court upheld the trial decision and dismissed all grounds of appeal by Trivago, including that the primary judge had applied the wrong test for misleading conduct, that the 'cheapest available rate' representation was not misleading, and that the 'strike through' price was not misleading due to a disclaimer that the price may relate to a different room. The ACCC media release can be viewed here.

The Federal Court has found that Jayco breached the ACL in its dealing with one customer, but has otherwise dismissed the ACCC's case against the caravan manufacturer. Justice Wheelahan agreed with the ACCC that Jayco had engaged in misleading or deceptive conduct by representing to a customer that he was only entitled to a repair of his caravan, when in fact his rights under the ACL included a refund or replacement. However the balance of the ACCC's claims, which related to Jayco's representations to three other consumers and broader claims of unconscionable conduct, were dismissed. Notwithstanding this, Justice Wheelahan found that the caravans purchased by the consumers were not of acceptable quality, owing to the cumulative effect of various defects such as water leaks. The matter has been listed for a hearing on relief on 3 May 2021. The ACCC media release can be viewed here.

The Federal Court has ordered online retailer Kogan to pay a $350,000 penalty for making false or misleading representations that consumers could use a discount code to reduce prices by 10%. This was found to be misleading, as Kogan had increased the price of many of its products immediately before the promotion, meaning that the code did not represent a true discount. We covered the decision on liability in our June/July 2020 update. Justice Davies found that the penalty was appropriate, having regard to the seriousness of the conduct and the need to deter similar practices. The ACCC media release can be viewed here.

Kimberly-Clark ordered to pay $200,000 penalty for "made in Australia" claims

As set out in our June 2019 update, the Federal Court at first instance held that Kimberly-Clark's claims on its website that its products were "made in Australia" was misleading in circumstances where some of the products advertised on the website were not made in Australia. This finding was not appealed as a part of the ACCC's appeal against the balance of the decision as covered in our June/July 2020 update. Justice Abraham has now determined that the appropriate penalty for the "made in Australia" claims is $200,000, having regard to similar penalties in other cases, the fact that it was difficult to determine any losses suffered by consumers, and the financial position of Kimberly-Clark. The ACCC media release can be viewed here.

The High Court has refused ACCC's special leave application to appeal the decision of the Full Court of the Federal Court regarding the acquisition by Pacific National of the Acacia Ridge terminal from Aurizon. We covered the Full Court decision in our April/May 2020 update. The ACCC media release can be viewed here.

The ACCC has instituted proceedings in the Federal Court against Lorna Jane in relation to its 'Anti-virus Activewear' products. Lorna Jane claimed that the sportswear was sprayed with a substance called 'LJ Shield' which eliminated the spread of COVID-19: 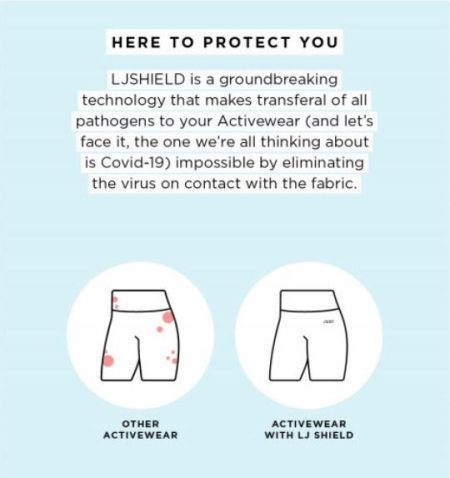 The ACCC alleges that this was misleading and deceptive, as there was no scientific or technological basis on which to claim that the spray eliminated the spread of the virus. The ACCC also claims that Lorna Jane director Ms Lorna Jane Clarkson made the same misrepresentations herself via her personal Instagram page and was knowingly concerned in the conduct of her company. The ACCC media release can be viewed here.

The ACCC has commenced new proceedings against Facebook alleging that, in 2016 and 2017, Facebook represented in advertisements that its 'Onavo Protect' app (which provided a free virtual private network (VPN) to users) would keep users' personal activity data private: 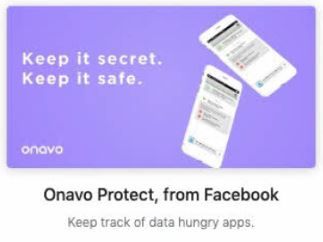 According to the ACCC, contrary to these representations, the app collected, aggregated, and used personal activity data to support Facebook's market research activities. The ACCC media release, including the Concise Statement used to issue the proceedings, can be viewed here.

The ACCC has announced its compliance and enforcement priorities for 2021, which indicate to businesses and other stakeholders the likely focus of the consumer watchdog in the coming year. This year, the priorities include:

The ACCC's 2021 Compliance and Enforcement Priorities document can be viewed here.

Simplot amends 'Made in Australia' labelling on Birds Eye products

Simplot Australia has amended the labelling on its Birds Eye frozen fish products to read 'Packed in Australia', rather than 'Made in Australia'. The amendment follows concerns raised by the ACCC that the previous labelling was deceptive, in circumstances where the imported frozen fish may not have been "substantially transformed" in Australia, as required by the ACL's Country of Origin labelling provisions. The ACCC media release can be viewed here.

ADT Security, a home security provider, has provided a court-enforceable undertaking to refund customers who were wrongly invoiced and to remove certain unfair contract terms from its services agreements. Under the contracts, ADT Security would not act on a notice of termination from a customer until they had spoken to them. Therefore, if ADT Security was not able to contact the customer, the customer would continue to be invoiced notwithstanding that they had provided notice of termination. The company will contact affected customers to offer refunds and will also amend its contracts to remove clauses which allowed it to unilaterally vary the contract and to increase fees, which the ACCC alleged were unfair. The ACCC media release can be viewed here.

Toyota has undertaken to review and improve its compliance program in relation to the consumer guarantees contained in the ACL. This follows concerns raised by the ACCC regarding Toyota's handling of customer issues with the Diesel Particulate Filter (DPF) in their vehicles. Between 2016 and 2018, Toyota customers experiencing these issues were told to take their vehicles to a Toyota dealer for repair. However, the ACCC received complaints that the repairs were not effective and that consumers were not informed of their rights under the ACL (which are in addition to any manufacturer's warranty and may not be excluded). In addition to reviewing its compliance program, Toyota has undertaken to inform consumers purchasing new Toyota vehicles of their consumer guarantee rights. The ACCC media release can be viewed here.

Electricity retailer 1st Energy has provided a court-enforceable undertaking regarding telemarketing calls to Tasmanian consumers contracted with different electricity providers. During the calls, sales representatives made several misleading representations, including that they were independent comparators, that the consumers would receive a discount on their current plans, and that consumers would have the opportunity to consider if they wanted to switch suppliers after the call. 1st Energy has undertaken to contact affected customers and allow them to exit their contracts without charge. The ACCC media release can be viewed here.

Origin Energy has agreed to pay a $126,000 penalty in relation to an infringement notice that was issued by the ACCC. The ACCC alleged that Origin Energy had misled consumers by representing in letters to consumers that electricity prices were changing because of the Victorian Essential Services Commission's increase to the Victorian Default Offer. However, the Victorian Default Offer does not affect the prices charged by Origin to households on market offers. The decision to increase electricity prices was therefore "entirely in Origin's hands", according to the ACCC. The ACCC media release can be viewed here.

The ACCC has amended the Consumer Data Right Rules, which require banks to share product reference data with accredited recipients and provide consumers with rights to access their data stored by financial institutions. The amendments expand the types of consumers who can access their data under the rules, including companies and partnerships. The ACCC media release can be viewed here.