Australia: 2019-20 Federal Budget: The pre-election Budget – How it affects you and your clients

by Lisa To
Bartier Perry
0 Liked this Article 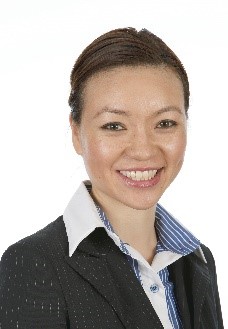 On 2 April 2019, the Treasurer, Mr Josh Frydenberg handed down the 2019-20 Federal Budget announcing "we will put a speed limit on taxes", "the largest personal income tax cuts since the Howard Government" and "additional tax relief for small and medium-sized businesses"1.

Clearly, the pre-election Budget aims to win the votes of low to middle income earners and small businesses. The Federal Election will be held no later than 18 May 2019.  It's unsurprising that the announcements centred on election-friendly promises including investing in infrastructure, creating jobs and funding for education and aged care.  For the first time in twelve years, the Federal Budget moves into the black with a budget surplus of $7.1 billion forecast for the next financial year.

Below are the key tax and superannuation proposals that will affect you and your clients:

After a considerable amount of feedback was provided to Treasury on the Consultation Paper released in October 2018 containing the proposed amendments to Division 7A, the Government has announced that it will defer the start date of the reforms to Div 7A from 1 July 2019 to 1 July 2020. The announcement is a welcome one so that further feedback can be considered, including the proposed transitional measures, which were of concern to many taxpayers.

The Government has chosen to leave superannuation policy largely untouched.  However, it announced the following measures:

Prior to the Budget, on 2 April 2019, the Government dropped the proposed amendment to the current rules which would enable the maximum number of members in an SMSF to increase from four to six contained in the Treasury Laws Amendment (2019 Measures No 1) Bill 2019  so as  to ensure the bill's passage through the Upper House.

With no more sitting days left for the Senate before the election is called, the Treasury Laws Amendment (2018 Superannuation Measures No. 1) Bill 2018  containing the Superannuation Guarantee (SG) opt-out measure, amendments to the non-arm's length income (NALI) provisions and SG Amnesty has now officially lapsed. The bill stalled in the Senate where it has remained since June 2018.

From Budget night until 30 June 2020, the Government is increasing and expanding access to the immediate deduction for the cost of depreciating assets used by small business entities.  These measures include:

The Government has legislated lower tax rates for small and medium-sized companies (SMCs) with turnovers below $50 million.  SMCs which are currently subject to a 27.5% tax rate will be subject to a 25% tax rate by 2021-22.

The Government has committed to making it easier, cheaper and quicker for small businesses to resolve tax disputes through:

ATO enforcement and maintaining integrity of the tax system

The ATO will be given additional resources ($42.1 million over four years) to audit compliance to recover unpaid tax and superannuation liabilities.  The focus will be on high wealth individuals and larger businesses to ensure on time payment of their tax and superannuation obligations. This measure will not extend to small business.

The Government announced $1 billion to the ATO from 1 July 2019 to extend the operation of the Tax Avoidance Taskforce focused on corporates, multi-nationals and high net worth individuals.  The Taskforce's focus will extend to include scrutiny of tax advisors and "intermediaries that promote avoidance schemes".

Changes to the ABN system aimed at the black economy

The Government proposes to:

The proposals are designed to "target ABN misuse, enhance the quality of the Australian Business Register data and improve ABN holder engagement and compliance.4

Proposals of the Labor Government

The Coalition Government is unlikely to legislate the majority of their announcements prior to calling an election in May. Mr Bill Shorten used Labor's Budget reply speech (delivered on 4 April 2019) to pledge $2.3 billion for cancer patients, match the Government's tax offset of up to $1,080 and promise extra tax cuts for low-income earners earning under $40,000. Mr Shorten refused to support the measure to flatten tax rates so that 94% of Australians would pay no more than 30% income tax by 2024.

Ultimately, taxpayers will have the opportunity to decide whether the tax and superannuation measures announced as part of the Federal Budget will come to fruition by voting at the ballot box.