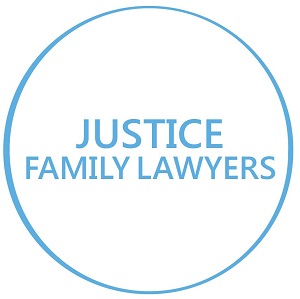 Australia: Changing the primary carer of the child

by Hayder Shkara
Justice Family Lawyers
0 Liked this Article
To print this article, all you need is to be registered or login on Mondaq.com.

Stability and routine are important in a child's life, especially a young child, but sometimes the court decides that a big change is necessary, such as changing the child's primary carer.

The primary carer is the person with whom the child spends the most time. Most often, this is a parent.

Changing the child's primary carer can result in a big upheaval – for both the child and the parent.

Often, for the sake of the child, the court will not choose to change a child's daily life so drastically. However, this is only if maintaining the status quo is in the child's best interests.

The Best Interests Of The Child

The best interests of the child are the court's most important consideration in parenting disputes.

Sometimes, changing the child's primary carer is necessary to uphold the child's best interests and keep them as safe and secure as possible.

The main considerations in determining a child's best interests are:

Of these two main considerations, the second one is accorded greater importance than the first.

Therefore, although changing the child's primary carer means changing the relationship they will have with one or both of their parents, it is always done to protect the child from physical and psychological harm.

Although having a meaningful relationship with both parents is ideal, the court works first and foremost to keep children safe.

There are additional factors taken into consideration when determining the child's best interests and deciding whether changing the child's primary carer is the best option. These include:

The consideration of the child's views is dependent upon their age, maturity and level of understanding of the events.

When Is Changing The Child's Primary Carer A Good Idea?

A case heard in the Family Court in Brisbane last month was an appeal against changing the primary carer of a five-year-old child.

In 2017, the trial judge had determined that the child should now live with the father after the mother had custody since the parents' separation in 2014.

The mother's appeal against this decision was dismissed as the appellate judge found that changing the child's primary carer was in his best interests.

Details Of The Case

The mother, Ms Ryder, and the father, Mr Donaldson, were in a relationship for a short period of time before separating in August 2014. Their son was then just over one year old.

Ms Ryder and Mr Donaldson agreed that the mother would be the primary carer, but the mother soon began refusing to let the father see their child.

After this period, orders were made by consent to allow Mr Donaldson to spend time with his son, while Ms Ryder remained the primary carer.

However, Ms Ryder did not comply with these consent orders.

The mother alleged that the father had sexually abused the child and that he was at continued risk of sexual abuse in the father's presence.

In 2016, the mother made audio recordings of the child and kept notes. She said that the child displayed excessive fear, panic and trauma behaviours at night time.

If the child stayed in the care of the mother, the judge said, he will grow up believing that he had been molested by his father and will have no relationship with the father at all.

In this initial hearing, the independent children's lawyer argued against changing the child's primary carer.

The family report writer stated that changing the child's primary carer would at first be traumatic for him, but that he would recover without permanent risk to his emotional and psychological development.

The trial judge made orders for the child to live with the father, who would also have sole parental responsibility.

The mother's time with the child began as supervised time for six months, before unsupervised time which will eventually extend to regular weekends, Wednesday afternoons and half of each school holidays, beginning this year.

The mother appealed against these orders, however, the judge in December 2018 dismissed this appeal.

The change in primary carer was considered to be in the child's best interests as it allowed him to benefit from a relationship with both parents while protecting him from harm.

The primary judge found the risk to the child's relationship with his father to be too great, should he stay in the mother's care, and the appellate judge upheld this decision.

ARTICLE TAGS
Australia Family and Matrimonial Family Law
POPULAR ARTICLES ON: Family and Matrimonial from Australia
5 times to review your estate planning
Swaab
Article looks at five significant life events that should prompt you to review and update your estate planning.
FAQ: Enduring Power of Guardianship (EPG)
HHG Legal Group
An EPG allows you (appointor) to choose a person (guardian) to make personal, lifestyle and medical decisions for you.
Testamentary trusts and family law
Cooper Grace Ward
A testamentary trust is established under a will, so does not come into effect until after the death of the will-maker.
What happens when an accountant is served with a subpoena in family law proceedings?
Coleman Greig Lawyers
In family law, accountants can be served with a subpoena to produce documents and to attend the Court to give evidence.
Social media and family law – what you need to know
Coleman Greig Lawyers
It is not uncommon for a party to turn to social media to vent their grievances in relation to their family law matter.
E-alert: A gift or a loan? The perils of giving money to family members
Broadley Rees Hogan Lawyers
This case highlighted perils such as elder abuse, which could arise with informal transactions between family members.
FREE News Alerts
Sign Up for our free News Alerts - All the latest articles on your chosen topics condensed into a free bi-weekly email.
Register For News Alerts
Article Tags
Australia Family and Matrimonial Family Law
Similar Articles
Powered by mondaq AI
MATCH
75%
Is a sperm donor a legal parent? Coleman Greig Lawyers
67%
Who is your daddy - a sperm donor? Cooper Grace Ward
74%
After separation, can I change the surname of my child? Kells
74%
Adult child maintenance for ongoing education and living expenses Kott Gunning
67%
Could your Binding Child Support Agreement be suspended? Coleman Greig Lawyers
Related Articles
Does smacking children create an unacceptable risk of harm? Which case won? Stacks Law Firm
So you have been left out of a Will, in NSW – now what? Kells
The implications of the State Revenue Further Amendment Bill 2019 (NSW) on testamentary discretionary trusts Coleman Greig Lawyers
How does the court deal with children with autism and other special needs in parenting proceedings? Coleman Greig Lawyers
Claiming executors commission Coleman Greig Lawyers
Comparative Guides
Anti-Corruption & Bribery
Merger Control
Patents
Trademarks
Mondaq Advice Centres
Global
Trademarks in SAARC Countries
Global
Investment Immigration
More MACs