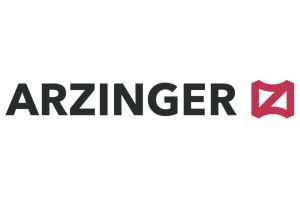 Ukraine: Comment: What Are Advantages And Disadvantages Of The Arbitration Centres That Exist In Ukraine?

by Markian Malskyy
Arzinger
To print this article, all you need is to be registered or login on Mondaq.com.

There are two international arbitration institutions at the Ukrainian Chamber of Commerce and Industry (UCCI): International Commercial Arbitration Court (ICAC) and International Maritime Commission (IMC). The main advantages of those dispute resolution forums are the reasonable costs of arbitration and a less formal procedure compared to litigation in Ukrainian courts. At the same, time the rules of the ICAC and IMC at the UCCI may be not the best choice for complex, complicated and multi-party disputes.

One of the features of arbitration at the ICAC or IMC at the UCCI is a list of recommended arbitrators. The most famous international arbitral institutions, such as LCIA, SCC or ICC, do not have this type of list. At the same time, taking into account that arbitration is still quite a "young" dispute resolution mechanism for Ukraine and most practitioners are not familiar with all the details of its procedure, the list of recommended arbitrators may be quite helpful in practice. There are supporters and opponents of such a list.

The duration of arbitration at the ICAC or IMC at the UCCI is quite quick compared with other arbitration rules and in some cases even commercial courts. Besides, a case is considered only on its merits and an issued award may be set aside only on procedural grounds. At the same time, the parties may expect longstanding setting aside and enforcement proceedings involving a few court instances.

The launch of the Ukrainian Arbitration Association (UAA) in November 2012 created strong stimuli for those interested in international commercial arbitration to join efforts and contribute to promoting arbitration and developing an arbitration-friendly environment in Ukraine.

Following its creation the UAA organised and co-organised several arbitration events and carried out a range of educational and promotional activities. Among the latter activities:

The greatest efforts have been made in improving the arbitration climate in Ukraine. To this end, the UAA co-organised two roundtables and the Arbitration Forum to discuss the urgent measures to improve Ukrainian legislation and court practice in arbitration- related matters with the Ukrainian arbitration community and state judges.

On 5-9 August the UAA jointly with the National University of Kyiv Mohyla Academy's Faculty of Law ran the First Summer School in International Arbitration. It was the first educational event of its kind in the field of international arbitration ever held in Ukraine. To diversify the learning experience of the participants, a visit to the International Commercial Arbitration Court at the Ukrainian Chamber of Commerce and Industry and a meeting with its President Mr. Selivon was set.

Within the discussion with UAA members specific gaps in the legislative regulation related to the issues of arbitrability, as well as control and support functions of state courts, were revealed. As a result of the discussions, the UAA established a Working Group to develop a draft amending a number of legislative acts of Ukraine in the field of international and domestic arbitration.

Besides, another Working Group took initiative to consider the perspectives of ad hoc arbitration in Ukraine and the provision by UAA to give administrative support to such procedures. The latter would not only enable Ukrainian business to settle their disputes in Ukraine, but also will make Ukrainian arbitration specialists visible for international arbitration community.

Originally published in The Ukrainian Journal of Business Law, October 2013.