Most Read: Contributer France, May 2021

France: Lyon Décideurs : The 30 Most Influential Lawyers In Lyon

Jean-Luc Soulier has been portrayed in the special dossier "The 30 most influential lawyers in Lyon" published by Lyon Décideurs, the monthly newspaper of Lyon decision makers. 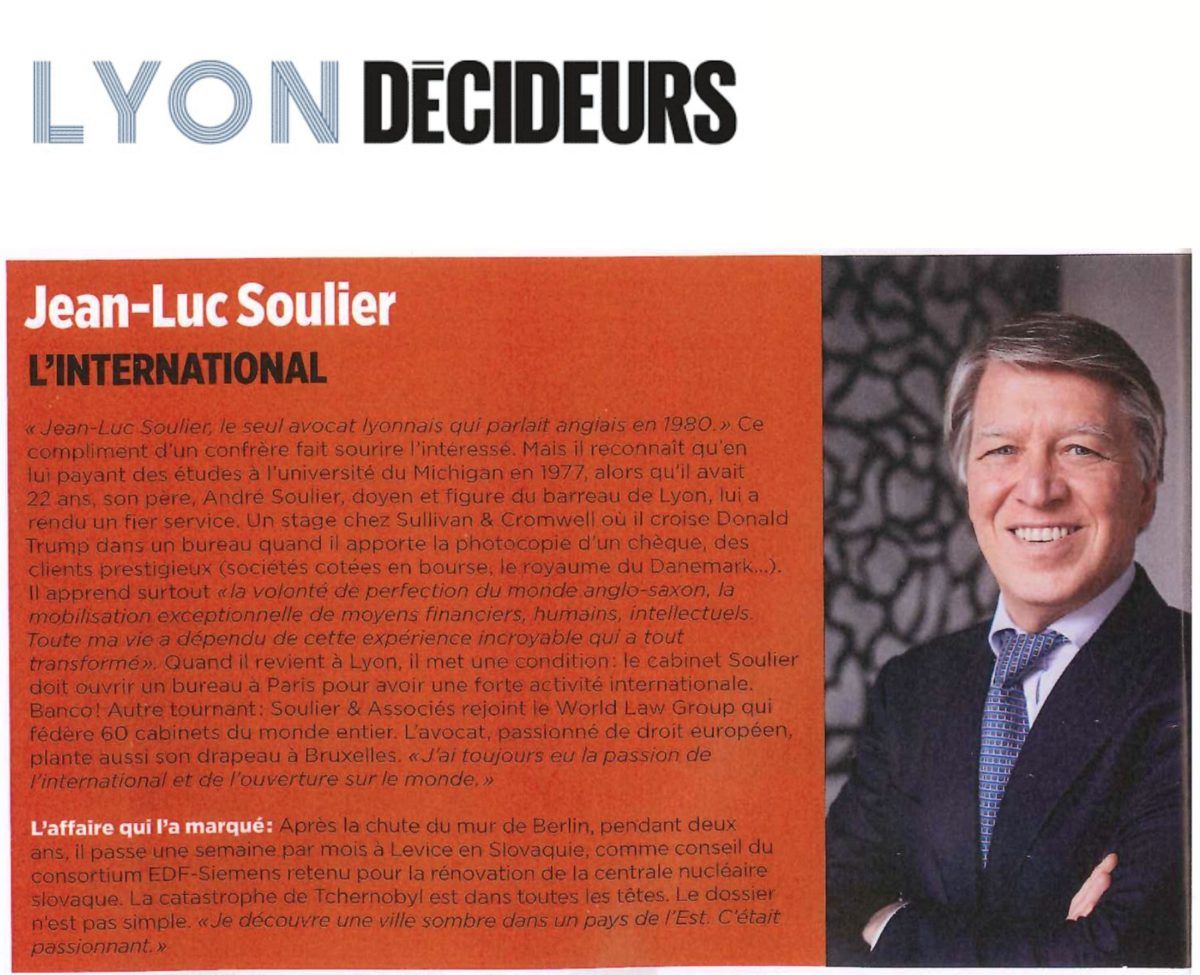 "Jean-Luc Soulier, the only lawyer in Lyon who spoke English in 1980's." This compliment from a colleague makes him smile. But he acknowledges that by paying for his studies at the University of Michigan in 1977, when he was 22 years old, his father, André Soulier, oldest member and figure of the Lyon bar, did him a valuable service. An internship at Sullivan & Cromwell where he met Donald Trump in an office when he brought a photocopy of a check, prestigious clients (listed companies, the Kingdom of Denmark...). He learns above all "the Anglo-Saxon world's desire for perfection, the exceptional mobilization of financial, human and intellectual resources. My whole life has been impacted by this incredible experience that has changed everything". When he returned to Lyon, he set one condition: The Soulier law firm must open an office in Paris to have a strong international practice. Deal! Another turning point: Soulier & Associés joins the World Law Group, which brings together 60 law firms from all over the world. The lawyer, passionate about European law, also plants his flag in Brussels. "I've always loved working in an international environment and been open to the world".

The case that marked him: After the fall of the Berlin Wall, for two years, he spent one week a month in Levice, Slovakia, as counsel to the EDF-Siemens consortium that had been entrusted with the renovation of the Slovakian nuclear power plant. The Chernobyl catastrophe is on everyone's mind. The case is not simple. "I discovered a dark city in an Eastern European country. It was fascinating."