Like many other energy industry relationships, natural gas and liquefied natural gas (LNG) are often sold under long-term contracts. However, these agreements can represent considerable risk because economic conditions may change during the term of the contract, leading to disputes, write Ben Holland and Charbel Maakaron.

Changed circumstances, such as the present fall in oil prices, can cause financial problems, leading to disputes and arbitration between vendor and client. Even when price review provisions are included, they generally only permit a renegotiation and review of the price payable under the contract. Given this limitation, it is often necessary to look beyond contractual price review provisions and consider other ways that the terms of long-term contracts might be adjusted to take account of changed circumstances that cause economic hardship.

However, there are radical differences in approach under different legal systems. Only some jurisdictions allow a court or arbitral tribunal to adjust the contract for financial hardship. So how can all of this be used to best advantage? English law is a good example to consider because there is no principle recognising financial hardship, no statute (of any use) on 'frustration', no recognition of the 'economic balance' of a contract and no cases anywhere allowing: frustration based on economic or financial difficulties; impracticality; or commercial (rather than physical, legal) impossibility.

Here, the applicable tests are different. In relation to the notion of unforeseeability, in Qatar, this references 'Exceptional and Unforeseen Events', whereas in the UAE this is determined by 'Force Majeure'.

In relation to the nature of the hardship that must exist, in Qatar, this is considered as 'Excessively Onerous' and in the UAE, 'Impossible'.

In relation to the cause of the hardship, in Qatar: 'The triggering circumstances may cause the hardship, but this is not required.' whereas in the UAE: 'No mention of level of proof or causal requirement is required'.

In relation to the resolution of the hardship, in Qatar, there is 'focus on reasonable resolution by renegotiation, and in the UAE: 'Rescission of the contract, either in whole or in part'.

Finally, in relation to hardship triggered by a fall in oil prices, a threshold issue relates to the foreseeability of the change in circumstances. Under Qatari law, the changed events must be 'unforeseeable', with UAE law imposing a less strict requirement. In the context of the gas and LNG industry, it may be possible to foresee an event such as a fall in oil prices, but not to foresee exactly what will happen, its timing or its specific consequences. 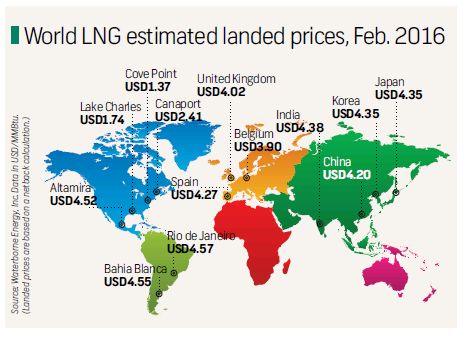 It is possible to debate if such a claim would be barred under the requirement that the triggering 'events' be 'unforeseeable', because it was known that a future fall in price would eventually take place. One answer is to analyse whether or not either party knew enough about the economic effects to have taken them into account at the time that the contract was executed.

Another common issue relates to the nature and the cause of hardship, in other words, the degree (and proof) of causation required between the triggering event and the specific economic hardship relied on. Both tests are strict, but UAE law is harsher – requiring 'impossibility' compared to the more permissive approach under Qatari law, which requires only that the performance of the contractual obligation becomes 'excessively onerous', and does not include the additional requirement (seen, for example, in Algerian law) that the event must 'threaten the obligor with an excessive loss'.

Finally, what is the scope of available relief? Qatari law limits the relief that the court (or arbitrators) may grant to a renegotiation, in order that the obligation is no longer excessive, and otherwise requires the contract to remain in force. In contrast, broader remedy is available under UAE law, and the contract may be terminated on terms fixed by the court (or arbitrators). This is a powerful remedy for the party disadvantaged by the hardship.

In an arbitration concerning the way that a contract ought to be revised due to hardship, the arbitral tribunal will have a very broad jurisdiction to impose revisions to the terms and conditions of the agreement. Certainly, the complexity of revising far broader parameters within a contract, not just its price provisions, can involve even greater commercial and legal complexity than in a price review. A concern among gas and LNG industry participants, that the arbitrators may not have the experience necessary to devise commercially appropriate revisions to a long-term contract, can be alleviated by appointing arbitrators with relevant industry expertise.

It can also be alleviated if the parties consider incorporating the concept of 'baseball arbitration' into the hardship provision within the agreement. Each party would be required to set out its final position on how the contract should be revised. After the hearing, the arbitrators would be required to render a final and binding award that adopts one or the other of the parties' positions.

The arbitration process would thus be focused on the arguments for and against very specific proposals, proposed by the parties themselves. Concern about the possibility of unintended consequences resulting from the arbitral tribunal mixing and matching proposals from each of the parties, or the prospect of decisions being imposed by an arbitral tribunal without having been checked and evaluated for cost by at least one of the parties, would be reduced.

The difficulties of renegotiating long-term LNG contracts due to hardship, and with Qatari and Emirati courts applying local laws as the basis of argument may result in high costs of litigation, particularly as the elements of unforeseeability (under Qatari law) or hardships resulting in impossibility (under UAE law) may not be as easy to substantiate. As such, utilising arbitrators with relevant industry expertise may be able to offer a preferable approach for contracting parties seeking resolution.

While there is no 'one-size-fit-all' solution, the three key elements that are critical to the success of long-term LNG contracts are not much different from any other contract: a well-drafted contract; dialogue between the parties; and a clear dispute resolution mechanism involving industry experts.

Originally published by The Edge.