The Ninth Circuit affirmed the dismissal of a complaint against Dr Pepper alleging that using the word "DIET" in the name "Diet Dr Pepper" was deceptive under California consumer-fraud statutes. The court looked at the complaint's allegations "taken together," and held they "fail to sufficiently allege that reasonable consumers read the word 'diet' in a soft drink's brand name to promise weight loss, healthy weight management, or other health benefits." And "[w]ithout this piece of the puzzle," the Ninth Circuit concluded, the district court properly dismissed plaintiff Becerra's consumer-fraud claims.

Becerra's essential allegation was that the word "DIET" in a soda's name is taken by consumers to promise weight loss (or at least weight management). The district court dismissed her complaint twice without prejudice for failing to state a claim. Despite several amendments to the complaint to make additional allegations to avoid dismissal, Becerra was never able to survive a motion to dismiss. Despite additional allegations regarding three types of evidence, namely: (1) dictionary definitions of the word "diet," (2) print and television advertisements referring to consumers' understanding that "diet" soft drinks offer certain health benefits; and (3) two online articles from the American Beverage Association ("ABA") to support her reading of the word "diet," the third amended complaint was dismissed with prejudice.  Becerra appealed, and the Ninth Circuit reviewed the lower court's decision de novo. 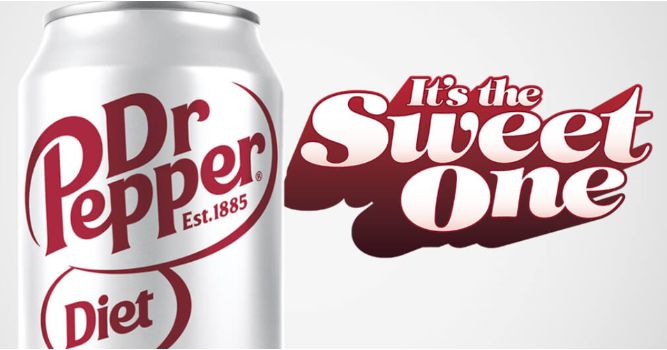 Claims surrounding fraud or mistake, the court noted, are subject to a "heightened pleading standard" under the Federal Rules of Civil Procedure. They must "state with particularity the circumstances constituting fraud or mistake," which includes "the who, what, when, where, and how of the misconduct" occurred. In other words, the plaintiff must specify "what is false or misleading about a statement, and why it is false." Further, the court recognized that it's not enough merely to allege the possibility of deception, or to show that some consumers may be deceived. Rather, the California statutes involved in the case are governed by the "reasonable consumer" test, and the plaintiff was required to "show that members of the public are likely to be deceived"—meaning there was "a probability 'that a significant portion of the general consuming public or of targeted consumers, acting reasonably in the circumstances, could be misled.'" (Emphasis added.) The court said that in this case, as a result, Becerra's consumer-fraud claims could survive a motion to dismiss only if she could show two things: first, that a reasonable consumer reading the word "diet" in Diet Dr Pepper's name would take that to mean that the soda "promises" weight loss or healthy weight management; and second, that this promise is false because aspartame (the artificial sweeter used in Diet Dr Pepper) actually causes weight gain. The court addressed only the first allegation—finding that Diet Dr Pepper makes no promise of weight loss or weight management—and thus did not reach the second.

The Ninth Circuit began by questioning the relevance of Becerra's dictionary definitions. The court called the definitions "selective," noting that they related to "diet" when used in a different context—for example, as a verb or noun in phrases like "he is dieting" or "she is starting a diet."  In contrast, the court noted, the word "diet" in "Diet Dr Pepper" is used as either an adjective or a proper noun—"and that puts the word in a different light."  Indeed, the court noted, Becerra omitted "the definitions of 'diet' as an adjective and the frequent usage of 'diet soft drinks' as the primary example of the word's usage in that context." The court then discussed some of those definitions, which indicated that when "diet" is used as an adjective, it is a comparative term meaning that the product contains fewer calories than the regular product.  It said, for instance, that the Merriam Webster Dictionary defines the adjective "diet" as "reduced in or free from calories[—]a diet soft drink." And it went on to cite three more dictionaries that defined "diet" in this comparative way—i.e., calling something a "diet" product means only that it has fewer calories (or less sugar or fat) than the regular version of the product. Thus, in the context that Dr Pepper uses the term, "diet" doesn't promise weight loss or management, but only that Diet Dr Pepper has fewer calories than regular Dr Pepper.

The Ninth Circuit then addressed Becerra's argument that even if it was not the case that reasonable consumers understood "diet" in the way she had asserted, it was a plausible misunderstanding of the term.  But the court found that argument unpersuasive for the same reason the court had rejected a similar argument in Ebner v. Fresh, Inc., 838 F.3d 958 (9th Cir. 2016). Ebner, the court noted, involved an assertion that the net weight listed on some lip balm tubes was deceptive because the design of the tubes left 25% of the product inaccessible—but the Ebner court rejected that argument, saying that "the packaging was not deceptive just because some consumers could unreasonably misunderstand the product." The court in this case found Ebner's logic persuasive, saying that "[t]he same is true here" and adding that the "prevalent understanding" of the term "diet" in the soft drink context is only that the "diet" version of the soft drink has fewer calories than the "regular" version.

Turning to the advertisements on which Becerra allegedly relied, the Ninth Circuit found them largely irrelevant.  In the court's view, the statements in the advertisements were mainly comparative, implying not that people who drank Dr Pepper would lose weight but that Diet Dr Pepper tastes more like its "regular" counterpart than other diet soft drinks do.  Further, the court rejected Becerra's argument that the use of "attractive, fit models" in Diet Dr Pepper's advertisements implied that Diet Dr Pepper would help people who drank it "achieve those bodies." Relying on Second Circuit precedent, the Ninth Circuit held that "[t]he use of physically fit and attractive models using and enjoying advertised products is so ubiquitous that it cannot be reasonably understood to convey any specific meaning at all."

Finally, the Ninth Circuit did not consider the survey results summarized in Becerra's third amended complaint sufficient to salvage her case. While the court recognized its obligation to accept the complaint's allegations surrounding the survey as true, the court still found that "reasonable consumers" would understand that "diet" in the soft drink context was "a relative claim about the calorie or sugar content of the product." Moreover, the court faulted the survey's failure to "address this understanding" or "the equally reasonable understanding" that drinking diet sodas will result in weight loss only if the person consumes "fewer calories overall."