by Piet Flintrop
Dezan Shira & Associates
0 Liked this Article
To print this article, all you need is to be registered or login on Mondaq.com.

German investment in the ten member states of the Association of Southeast Asian Nations (ASEAN) has been increasing steadily and has the potential to grow further in the coming years. We focused on German investment in Brunei and Cambodia in the first part of this five-part article, covered Indonesia and Laos in the second part, and looked at Malaysia and Myanmar in the third part. We next focus on the Philippines and Singapore.

The Philippines present a country with a skilled and largely English-speaking workforce.

The growing purchasing power of its rising middle class helped the country secure the 32nd position on the Market Potential Index 2018. FDI inflow has also increased steadily in recent years due to the continued liberalization of the country's investment regime. 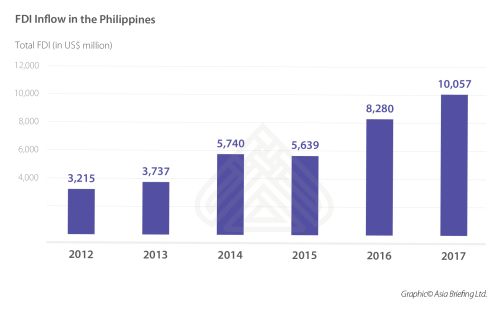 German – Philippine Relations at a Glance

Due to the Philippines' improving investment climate and its skilled workforce, several German companies have established operations in the Philippines. Continental, Zama Precision, Bayer and other German firms employ several hundred employees in the country. German flag carrier Lufthansa expanded recently to the Philippines by setting up offices and technical facilities. 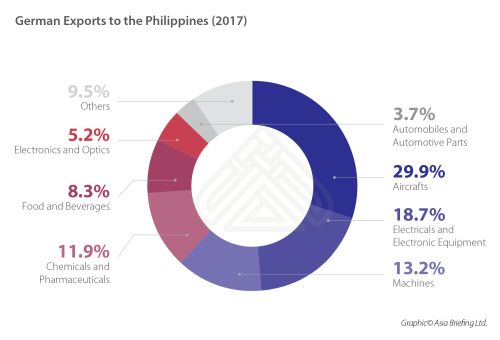 With growth rates of over 6 percent annually, and a skilled and largely English-speaking workforce, the Philippines offer perfect conditions for German companies to settle down. The increasing disposable income of its growing middle class also present opportunities for German brands in the country.

The machinery sector offers vast opportunities because no real local production exists. The large majority of machines have to be imported from countries like Germany. Bringing production closer to the Philippines can help to accelerate domestic sales of machines.

The geographic location of the Philippines also opens up a huge market for renewable energy production. The country's marine and island topography especially opens ups opportunities for solar energy suppliers.

The country's needs for infrastructure development is increasing. Several government projects are already underway to develop roads and railroads and there is an increasing demand for harbors and airports as the Philippines heavily depend on these transportation systems for external trade. The construction industry has also expanded with growth rates of over 10 percent annually. Despite the dominance of local and Asian construction businesses, there are also opportunities for German firms, especially for suppliers of machines, chemicals and construction materials.

Corruption and corporate fraud poses the most significant risks for businesses in the Philippines. In addition, petty crime and express kidnappings pose other risks for foreign business personnel in the country. However, the country's increasing investment potential outweighs such risks.

Singapore is the most developed economy within ASEAN. Ranked fourth on the Market Potential Index 2018, the country provides vast opportunities for investors. At the same, it is ranked second on the World Bank's Ease of Doing Business Index. Singapore also receives the most FDI among the ten ASEAN states. 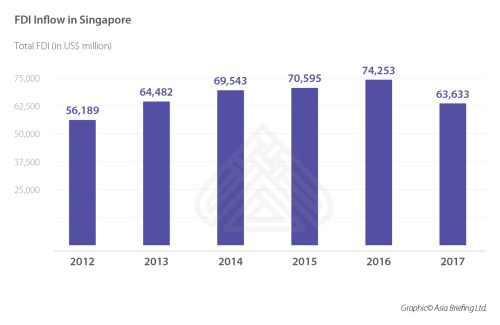 German – Singaporean Relations at a Glance

With more than 1,600 German companies present in Singapore, the small island state represents the largest German trade hub within ASEAN. Especially, German high-tech firms view Singapore as an innovation hub, which at the same time provides opportunities to expand to other ASEAN states. Companies like Bosch, Carl Zeiss, Bayer, BMW and DHL have established their regional headquarters in Singapore. 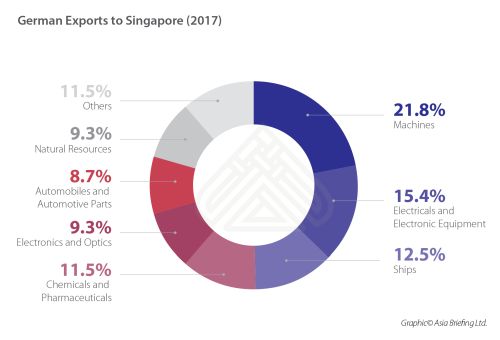 The Information and Communications Technology sector represents with ongoing digitalisation a strong market with an increase of 6 percent annually. Innovation and development are highly welcomed in this sector and combined with the high protection of intellectual property, the sector represents an opportunity for German investors.

Singapore aspires to turn into the first "Smart-Nation" in the world. This project envisions a nation which is entirely connected. German companies that are present in high-tech areas in Germany can get involved in such projects. Singapore offers several incentives especially for SMEs to set up technology ventures in the city.

Singapore offers the best opportunities for innovation driven companies to set up within ASEAN.

The dependency on foreign skilled labor could affect smooth business operations. Shortage of land for expansion of facilities makes manufacturing relatively expensive in Singapore. An increasing reliance on resource imports and an ageing population poses other challenges.

In the final part of this five-part article, we will look at German FDI in Thailand and Vietnam.