South Africa: Business Failure: What Happens To The Trade Marks?

The South African publishing industry has been hit by two bombshells, leading to speculation about the future of many much-loved magazine titles.

As in much of the world, the publishing industry in South Africa has been under pressure for some time. But, seemingly, Coronavirus (COVID-19), was the final straw. We recently learned that the South African publishing company, Associated Media Publishing, will be no more, which means that you'll no longer find the following favourites in your doctor's waiting room: Cosmopolitan, House & Leisure, Good Housekeeping and Women on Wheels. 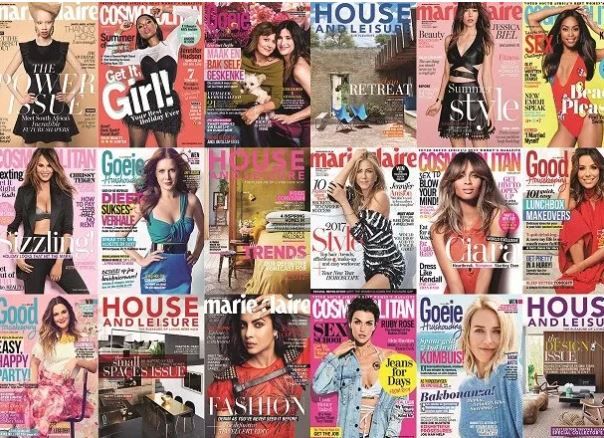 There are some pretty valuable trade marks involved her, but what happens to them? There are all sorts of possibilities and the issues discussed here are by no means exhaustive.

The titles belong to foreign companies

A saviour is found

There's word that Caxton is in talks to save or take over some of the titles. This would presumably involve a sale of rights. In the case of titles, which are actually owned by Caxton, this would involve an assignment of the trade mark registrations to the new owner. If Caxton is itself a licensee of a foreign company this arrangement would, of course, require the cooperation and consent of the foreign trade mark owner. What would happen here is that the recordal of the old licence arrangement would be replaced with a recordal of the new one.

Trade mark is not sold in liquidation | bona vacantia

What happens to assets that are not sold as part of the liquidation process? In terms of South African law (Rainbow Diamonds (Edms) Bpk en andere v Suid-Afrikaans Nasionale Lewensassuransiemaatsskappy) such assets accrue to the state as so-called bona vacantia. This is something that happens automatically, with no court order being required.

Interestingly, a short article entitled "The forgotten trade mark: bona vacantia, what happens to trade marks when the owner no longer exists?" appeared in a recent issue of the official publication of the UK trade mark attorneys' profession. It's likely that the authors of this article were also thinking about the fact that COVID-19 will create havoc with businesses and trade marks.

The authors say that if you're doing a trade mark clearance exercise, and you find a similar mark, you should make sure that the owner still exists. If the owner no longer exists the registration may well have become Crown property through the concept of bona vacantia. There is a specific government department that is authorised to sell such trade marks. However, they do warn readers not to expect bargains – the department is apparently under a duty to get the best price.

A registered trade mark that has not been used for a period of five years or longer can be cancelled for non-use by an interested party. If, as a result of the developments regarding Associated Media and Caxton, a magazine title falls into disuse, trade mark registrations for the title could become open to attack by a third party, who might see some benefit in acquiring a name with a residual reputation.

Some of the titles that are at stake may retain a reputation for a number of years. What would happen if a third party were to start using such a name? Cleary, if the trade mark owner no longer exists there is no action that can be taken. But in the case of a foreign publisher that used a local licensee it might be tempted to sue a third party for passing off, or to object to an application to register a similar mark.