by
Vaish Associates Advocates
0 Liked this Article
To print this article, all you need is to be registered or login on Mondaq.com. 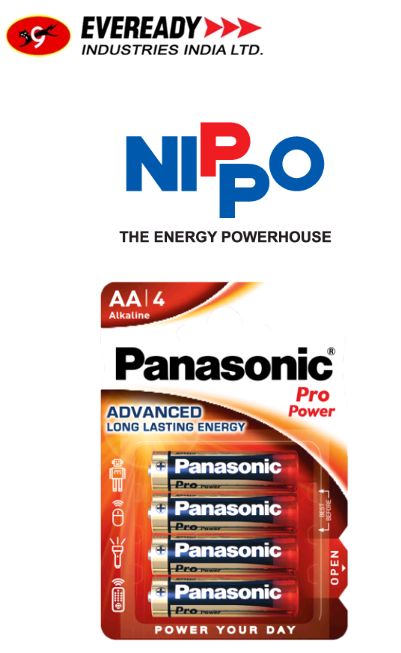 Competition Commission of India (CCI) by an order dated 19 April 2018, in its second decision on a leniency application, has awarded a 100 (One Hundred) per cent reduction in penalty to the leniency applicant, Panasonic Energy India Co. Ltd ("Panasonic") in a case involving a hard- core cartel in respect of zinc carbon dry batteries in India. The cartel involved price co-ordination in the entire distribution chain, limiting and controlling of production and supply as well as allocation of markets.

Background – The inquiry was initiated by the CCI pursuant to leniency application filed by Panasonic under the Leniency Regulations. The leniency applicant submitted that Eveready Industries India Limited (Eveready), Indo National Limited (Nippo) and Panasonic, engaged in the business of inter alia manufacture and supply of zinc-carbon dry cell batteries, (collectively 'manufacturers'), had formed a cartel in violation of the provisions of Section 3(3) read with Section 3(1) of the Act.

Panasonic revealed that the cartel was set up by the Manufacturers in 2013 to raise the maximum retail price of the zinc-carbon dry cell batteries and thereby improve the realizations. Further, it was revealed that the top management and employees of the manufacturers used to regularly meet and agree on the price increase, which was usually led by one manufacturer of zinc-carbon dry cell batteries and followed by others under the pretext of following the market leader. It was also stated that the Manufacturers agreed not to push sales through their channel/ distribution partners aggressively to avoid price war amongst themselves.

Based on the information provided by Panasonic in its leniency application, the CCI , taking suo motu cognizance , vide its order dated 22 June 2016 , directed the Director General (DG) to cause an investigation into the matter.

Pursuant to the DG initiating the investigation, which started with DG conducting surprise searches and seizures ( "dawn raids" ) at the premises of the manufacturers on 23 August 2016 , Eveready and Nippo also filed leniency applications dated 26 August 2016 and 13 September 2016 respectively.

Submissions of the parties –Since the parties had already admitted to cartel , their arguments pertained mainly to the 'significant value addition' they made in the case by providing a full, true and vital disclosure about the said activity of cartelization, and requested for maximum waiver of penalty , since the extent of waiver to be allowed is a discretionary power wielded by the CCI.

CCI's Analysis–The CCI observed that the officers of the Manufacturers regularly discussed and agreed when to give effect to the price increase during the personal meetings or meetings held under the aegis of the Association of Indian Dry Cell Manufacturers (AIDCM). Eveready being the market leader would take the lead by issuing press release to announce increase in price of its zinc-carbon dry cell batteries. Thereafter, Nippo and Panasonic would respond to it immediately with corresponding increase in price of their batteries on the pretext of following the market leader.

For example, in 2013, senior employees of the Manufacturers held a meeting on 10 April 2013, and, inter alia, agreed to increase the MRP of 'Economy' category of batteries. On 12 April 2013, Eveready issued a press release announcing the increase in MRP of its 'Economy' range of dry cell batteries effective from May, 2013. Nippo and Panasonic simultaneously increased MRP of their 'Economy' segment batteries from May, 2013. Additionally the CCI also cited instances from 20 September 2013 and 25 February 2014 where the Manufacturers followed a similar modus operandi to effectuate a price increase.

It is also significant that the CCI noted the active role played by the managerial personnel of the Manufacturers in coordinating prices and their conduct in the market and their deep commitment to adhere to a "gentleman's agreement".

CCI's evaluation of the Leniency applications- As per the sequence in which the parties approached the CCI, Panasonic was accorded First Priority, Eveready was accorded Second Priority and Nippo was accorded Third Priority.

Since the information provided by Panasonic alone was deemed independently sufficient to establish a contravention of Section 3(3) of the Act, it was held that the information/evidence provided by Eveready and Nippo did not result in 'significant value addition'.

With respect to Eveready, the CCI noted that although the documents/evidence furnished by it was already in the possession of the DG/CCI, the oral statements provided by Eveready corroborated the evidence already in possession. Thus' a 30% reduction in penalty was granted to Eveready.

With respect to Nippo, the CCI considered the continuous and expeditious co-operation extended by Nippo and thus, granted it 20% reduction in penalty.

The mitigating factors considered are as follows:

On consideration of the same, the CCI imposed penalty on 1.25 times of the relevant profit of the Manufacturers translating into INR 245.07 Crores for Eveready, INR 52.82 Crores for Nippo and INR 74.68 for Eveready.

Penalty was also imposed on the AIDCM on the ground that it facilitated anti-competitive agreement/understanding and concerted action amongst its members and thus penalty was imposed at the rate of 10% of its average turnover of the preceding three years amounting to INR 185450.

Additionally the CCI also imposed penalty on the office bearers of the Manufacturers and also granted waivers in the same proportions as those granted to the companies.

COMMENT–This case of a classic hard-core cartel busted due to the leniency application filed by one of the three members of the cartel marks the beginning of the success of the leniency regime in India. The CCI has aptly decided the quantum of waiver of penalty on the second and third leniency applicants because the applications were filed after the dawn raids and there was not much value addition to the evidence already available. The case also illustrates the role of the trade association in facilitating price coordination between cartel members. Likewise the penalties have been arrived after due consideration of the aggravating and mitigating factors .

Specific Questions relating to this article should be addressed directly to the author.