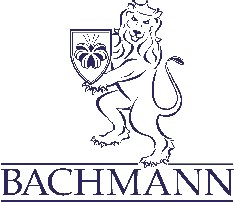 Guernsey: Innovative Developments In Guernsey In 1997

by David Archer
Bachmann Trust Company Ltd.
0 Liked this Article
To print this article, all you need is to be registered or login on Mondaq.com.
During 1997 Guernsey consolidated its position as Europe's premier captive location with steady growth in terms of new registrations and expansion of existing business. 26 new captive registrations were issued in the year, and with 9 surrenders this produced a net increase of 17, bringing the total of offshore insurers to 352 (340 captives and 12 offshore life companies).

The number of new registrations was appreciably less than last year. One reason for this drop in new business is the soft insurance market, which has had the effect of companies opting to place certain risks in the 'commercial' insurance market, to take advantage of favourable premium rates, rather than using the captive route. The various recent mergers and acquisitions of insurance brokers has led, in turn, to the merging of captive management operations which will inevitably have diverted these companies from the development of new business.

Legislative developments throughout the year included the introduction of the Migration of Companies Ordinance, which will make it much easier for captives to transfer to and from Guernsey, and company specific financial guarantee insurance (FGI) legislation. FGI enhances the credit ratings of issuers of investment bonds by guaranteeing their obligations to pay principal and interest when due. Only the State of New York has similar legislation. Legislation to supervise insurance intermediaries is awaiting the approval of Privy Council in the U.K. and is expected to come into force early in 1998.

The most exciting and innovative development came in the form of the new Protected Cell Companies (PCC) legislation, introduced in February 1997. Guernsey has introduced this unique piece of legislation to allow for the assets of one cell to be legally separated from the liabilities of another, thereby preventing contamination between cells. Any creditors will have recourse only to the funds of a particular cell and to the core capital. This new legislation has great potential in the way it can be utilised and has already generated much interest; it is also possible to convert from an existing company to a PCC. To date 5 insurance PCC's have been registered and more are on the way.

Notable registrations during 1997 have included Portway Insurance PCC Limited, a new European joint venture, between Commercial Union and Kleinwort Benson and managed by J&H Marsh & McLennan, which takes advantage of the new PCC legislation in offering corporate insurance buyers a rent-a-captive vehicle with the additional protection afforded by statutory segregation. Channel Life PCC Limited, another Protected Cell Company, is a locally based life insurer providing tax efficient products to the clients of local banks and other financial institutions. Iberia Reinsurance Limited, a captive reinsurance company, has been established by the major Belgian group SAPEC S.A., to insure their Credit Risk, Keyman and Weather Bonds covers; this company is managed by Aon Insurance Managers. Most recently, American Phoenix Life and Reassurance Company, part of the Phoenix Home Life Mutual Insurance Company group of Connecticut, U.S.A., has established a branch office in Guernsey to handle long-term insurance and reinsurance business.

Last year has brought even more geographical diversity in terms of captive ownership. Whilst the U.K. remains the principal source of business for Guernsey, over 50% of new captive business in 1997 came from North America, mainland Europe, the Far East as well as South Africa (5 new captives).

Regulatory requirements relating to Mortgage Indemnity Guarantee (MIG) business have altered following the conversion of many Building Societies to Banks. In this regard a new set of guidelines have been issued by the Commission.


The content of this article is intended to provide a general guide to the subject matter. Specialist advice should be sought about your specific circumstances.
AUTHOR(S)