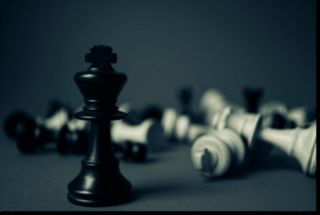 Antitrust law is growing in importance in China. Penalties from Chinese antitrust cases continue to grow, and Chinese regulators are known for taking swift action against conduct they believe is anticompetitive. In February 2015, Qualcomm paid almost $1 billion US to end an investigation by Chinese antitrust authorities, and this spring Chinese authorities imposed maximum fines (10% of a firm's annual turnover) against three suppliers of pharmaceutical ingredients for unfair pricing (Shandong Kanghui Medicine, Weifang Puyunhui Pharmaceutical, and Weifang Taiyangshen Pharmaceutical).

Alongside increasing administrative action, Chinese firms increasingly bring private antitrust actions against rival companies, particularly in the technology sphere. Often, these suits will be accompanied by an administrative complaint that could lead to an investigation and sanctions. In order to better understand the antitrust risks facing foreign enterprises in China, this legal brief clarifies China's hybrid antitrust system.

In China, Plaintiffs can enforce the Anti-Monopoly Law themselves through private antitrust actions

The basis of civil anti-monopoly litigation in China is Article 50 of the AML. This provisionstipulates, "[t]he business operators that carry out the monopolistic conducts and cause damages to others shall bear the civil liability according to the law." For its part, the basis for antitrust investigation is Article 38 of the AML. This provision stipulates, "[t]he Anti-monopoly Law Enforcement Agency shall investigate any suspicious monopolistic conducts according to law. Any entities or individuals may tip off any suspicious monopolistic conduct to the Anti-monopoly Law Enforcement Agency. The Antimonopoly Law Enforcement Agency shall keep the informer confidential."

To file a civil lawsuit against an undertaking which engages in monopolistic behavior in accordance with Article 50 of China's AML, an individual or a company must first prove that they meet the necessary requirements under Article 119 of the Civil Procedure Law (CPL). These requirements are as follows:

However, in China the plaintiff need not always suffer a direct loss. Although in practice that is most often the case, according to Article 1 of Provisions of the Supreme People's Court on Several Issues concerning the Application of Law in the Trial of Civil Dispute Cases Arising from Monopolistic Conduct, any natural person, legal person or other entity can have standing to bring an antitrust claim as long as it suffers losses. Specifically, they may bring such a claim based on disputes over contractual terms, articles of association, and terms of other agreements which might fall afoul of the AML.

An increasingly common source of claims flowing from direct losses are consumer complaints. While the AML mainly aims at safeguarding consumers' interests, protecting fair market competition and public interests, in practice, it was uncommon in the past for consumers to bring an antitrust lawsuit. Reasons may have included the high cost of litigation, imbalanced positions in legal proceedings, low rewards, and that there are no "class actions" in China like there are in the US and other jurisdictions. Accordingly, the plaintiff is often a competitor or a firm that is upstream or downstream relative to the defendant. However, consumer antitrust actions are increasingly common in China, and may continue to rise in importance relative to commercial antitrust suits.

Of note, the AML may have extraterritorial application. There is reason to believe that private actions can be brought against firms for their conduct outside China, as long as this conduct has anti-competitive effects within China's market. InHytera v. Motorola System, Hytera filed a lawsuit against Motorola Systems in the Shenzhen Intermediate People's Court on March 25, 2019, for abusing its dominant market position with respect to one of its Standard Essential Patents ("SEP"). It sought a court order against the defendant to immediately stop abusing its dominant market position and filed a claim for damages totaling 70 million yuan. Even though the anticompetitive conduct happened outside China, the case was accepted after the plaintiff showed prima facie evidence proving anti-competitive influence in China's market. This suggests that the AML has extraterritorial application. 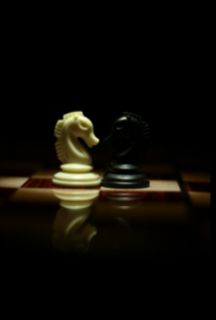 In China, administrative enforcement by an antitrust enforcement agency is not a precondition for initiating a private anti-monopoly claim. Article 2 of the Provisions of the Supreme People's Court on Several Issues concerning the Application of Law in the Trial of Civil Dispute Cases Arising from Monopolistic Conduct provides that, "[n]o matter whether the plaintiff brings a civil suit directly to the court, or brings a civil suit to the court after the anti-monopoly law enforcement agency's effective decision that the action constitutes a monopoly act, if other requisite requirements for acceptance stipulated by law have been fulfilled, the court shall accept the case."

At this juncture, it is noteworthy to highlight a distinction between private and public actions in China. With regard to civil litigation, according to the Civil Procedure Law and other relevant laws of China, as long as the plaintiff meets the conditions for initiating a claim, the court is required to file a case. However, the State Administration for Market Regulation ("SAMR") is not obliged to start an investigation after receiving tip-off materials from a natural person or private entity and retains full discretion on whether or not to initiate an action.

However, in practice complaining to the antitrust authority and lodging a civil antitrust claim in parallel has become a "strategy" that plaintiffs increasingly use in China. The plaintiff may bring a civil action before a court and also report the suspected antitrust violation to SAMR. This can lead to multiple, simultaneous proceedings involving the same or related facts. In the case of Huawei v. InterDigital Technology Corporation ("IDC"), Huawei sued IDC for abusing its dominant position in March 2013 before the Intermediate People's Court of Shenzhen and obtained a favourable judgment. IDC appealed. The judgement from the High People's Court of Guangdong was entered in October 2013. Meanwhile, in June 2013, the National Development and Reform Commission ("NDRC", which prior to SAMR's formation in 2018 had antitrust authority) launched an antitrust investigation against IDC. This case was suspended and ultimately terminated after IDC made commitments that NDRC accepted.

In considering such parallel antitrust proceedings, it is also unclear whether China's civil law judges approach evidence collection differently than common law judges. As regards the evidence, parties to the action are entitled to apply to the court to collect relevant evidence from the parallel administrative investigation. Chinese courts do have discretion to use their inquisitorial powers (China's civil law judges have greater fact-finding powers than common law judges) to request such evidence from antitrust authorities of their own initiative. However, whether and to what extent they elect to use this discretion in practice is still unclear. 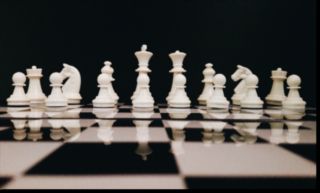 This year marks the 12th year of the implementation of the AML,and the newlydraftedAML (Draft for public comment) was published in January 2020. In both public enforcement and private actions since the AML's passing, caselaw has developed considerably, alongside greater institutional experience. However, there are still some issues, in particular coordination between administrative and judicial proceedings, which need to be solved through legislation or judicial practice. Especially considering the unavailability of class actions in China, it is hoped that coordination and unity between administrative law enforcement and civil judicial practice can help both play a greater guiding role in the antitrust compliance of operators and the protection of market competition.

Have questions about complying with China's antitrust laws? AnJie is a leading Chambers ranked firm with a leading PRC Antitrust practice. AnJie's practice features one of the largest and most experienced antitrust teams in mainland China.