Cayman Islands: New UK OT Minister Recognises Cayman's Leadership As A Financial Centre And Its Dedication To Transparency And Cooperation

by Cayman Finance
Cayman Finance
0 Liked this Article
To print this article, all you need is to be registered or login on Mondaq.com.

The new UK Overseas Territories Minister, Baroness Joyce Anelay visited the Cayman Islands last week as her first official visit to a British territory since assuming her role in July. During her three day stay, Baroness Anelay was hosted at a dinner by the jurisdiction's financial services industry representative body, Cayman Finance, where she recognised the country's leading role in international services and demonstrated track record on regulatory, anti-money laundering and tax matters.

"My visit has been a great opportunity to further strengthen the ties between our two countries and to discuss in person the leadership role Cayman's financial services industry is playing in international regulatory issues," Baroness Anelay said.

Mr Jude Scott said Cayman Finance was delighted the Baroness had chosen the Cayman Islands as her first port of call and that the dinner provided the financial services industry an occasion to highlight Cayman's beneficial role in the global economy along with our commitment to transparency in regards to information exchanges and cross border cooperation.

"We have in place a regulatory regime which rivals or surpasses many of the world's other top financial centres in the area of anti-money laundering and verified beneficial ownership," he said. "Cayman Finance continues to work together with our financial services industry, the Cayman Islands Government and our regulator, the Cayman Islands Monetary Authority, to maintain our status as the premier global financial hub."

During her visit, Baroness Anelay said that although the regulation of the financial services sector was often under much international scrutiny, Cayman had proven its dedication to collaborative efforts and accountability.

"The sector as a whole is often in the spotlight and a subject of discussion amongst world leaders, but the Cayman Islands' record of cooperation and transparency speaks for itself.  The need to make changes to counter serious and organised crime has been embraced by Cayman's financial services sector, with the support of the Cayman Islands Government," she said. "We welcome this willingness to adapt in response to and new evolving changes."

Baroness Anelay said the relationship between the two countries was a modern relationship which was evolving with the times.

"As a leading international hub for pension fund investment and raising capital, the Cayman Islands bring real benefits to the global economy and onshore economies," she said.

Mr Scott said he was pleased to see recognition of Cayman's role in benefitting on-shore jurisdictions to allow them to be more competitive in international trade and facilitating effective inward investment to help grow their economies.

"The Cayman Islands financial services industry plays an important role in the global financial market by facilitating the essential allocation of capital and financing around the world, benefitting businesses and people throughout developed and developing countries," he said.

"Cayman Finance affirms its strong working relationship with the UK and looks forward to working with Baroness Anelay and the Foreign and Commonwealth Office in further building a positive and mutually beneficial relationship in the years ahead." 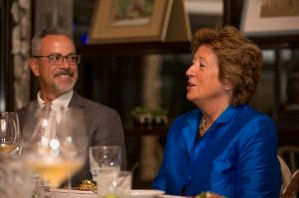 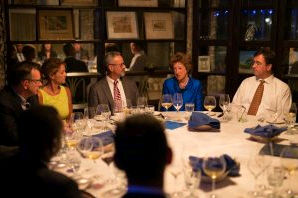 Cayman Finance's mission is to protect, promote, develop and grow the Cayman Islands financial services industry through cooperation and engagement with domestic and international political leaders, regulators, organisations and media; to promote the integrity and transparency of the Industry by legislative and regulatory enactment and to encourage the sustainable growth of the Industry through excellence, innovation and balance.