European Union: EU Merger Control Reform: A Look Ahead To 2020

The new European Commission (EC)—after a slight delay—will be up and running in early 2020. For the first time in recent memory, merger control reform is high on the political agenda in the European Union, as in the United States. Calls for reform come from within the EC and from key EU Member States, industry, and commentators. But reform advocates have conflicting objectives.

Following the EC's prohibition of the Siemens/Alstom merger in February 2019,2 by contrast, the French and German governments called for changes to ease approval of some transactions, including notably a process to allow Member States to overrule EC merger prohibitions on public policy grounds.3 While this controversial proposal has been abandoned, France and Germany, now joined by Poland, continue to press for more flexibility in EU merger review.4 This article provides a brief overview of the main reforms proposed on both sides and preliminary thoughts on concrete changes we can expect in the next EC mandate.

Merger Control in the Digital Era

The implications of digitization for merger review has been a key focus for Commissioner Vestager, who approvingly cited the Digital Era Report's proposal to "revisit our theories of harm, so we can intervene in mergers when the owners of ecosystems buy start-ups before they have a chance to grow—strengthening that ecosystem, and helping to protect it from competition."

The Digital Era Report focuses on cases in which a dominant platform and/or ecosystem benefitting from strong positive network effects acquires a target with low turnover but a large and/or fast-growing user base and a high future market potential.

Two concerns have commonly been raised in connection with such transactions. First, they may escape review entirely in merger review systems with turnover-based review thresholds, such as the EU's. Although some jurisdictions have introduced transaction-value thresholds to capture such transactions, the Digital Era Report argues that it is too early to change the EU merger regulation's (EUMR's) jurisdictional thresholds, preferring to monitor the impact of such changes in other jurisdictions and the operation of the EUMR's referral system. Nonetheless, Commissioner Vestager has kept the possibility of changing the EUMR thresholds open for now.

Second, when these transactions are reviewed, potential anti-competitive effects may not be identified or be underestimated under the current merger review standards. The Digital Era Report recommends against changes to the EUMR's substantive standard of review, arguing that the current "significant impediment to effective competition" (SIEC) test is adequate. However, the Report argues for a "heightened degree of control" of acquisitions of small start-ups by dominant platforms and/or ecosystems. Where an acquisition is plausibly part of a strategy of preventing partial user defection from the acquiror's ecosystem, the notifying parties should bear the burden of showing that the adverse effects on competition are offset by merger-specific efficiencies. To identify such cases, the Digital Era

This change would address a perceived gap in current theories of harm, which have difficulty distinguishing pro-competitive or neutral deals from anti-competitive deals where there is not a substantial horizontal overlap between the "core" market dominated by the acquirer and the separate (but typically related) market served by a start-up, and it may be difficult to prove the existence of potential competition with a sufficient degree of certainty. In a vertical or conglomerate merger, the Digital Era Report notes that established theories of harm are limited to foreclosure effects (where actual or potential rivals' access to supplies or markets is hampered or eliminated as a result of the merger) or to coordinated effects (where the merger significantly raises the likelihood of coordination). In markets characterised by a few large firms with highly entrenched positions of dominance in core markets that serve as focal points for an expanding digital ecosystem, the acquisition of a start-up may strengthen a dominant position in the ecosystem, even if the overlap is not within the more narrowly defined product market where the acquirer is dominant or where the combination would otherwise raise concerns.

The new theory of harm would involve taking a broader view of the incumbent's position in a "market for the digital ecosystem." A finding of an SIEC could be justified, according to the Report, where an acquisition both expands the scope of network effects that protect the incumbent's core service to the complementary services, and "appropriates" the network effects that the target has managed to establish to the benefit of its own customers in such a way that, after the merger, they further strengthen the ecosystem as a whole.

Acquirors may use defensive acquisition strategies to expand existing network effects, making their services more valuable to both their users and a target's, but also eliminating the risk that the target attracts away those users. This, and the concomitant raising of barriers to entry by combining the acquirer's and the target's positive network effects, may significantly impede effective competition if, without the merger, the target could have succeeded as a stand-alone business or would realistically have been bought up by another competitor.

The Digital Era Report argues that this new theory of harm would not raise concerns about legal uncertainty that could arise under other approaches, such as broadening theories of harm based on elimination of potential competition, and reduce the number of false positives. The controversial acquisitions concern start-ups with a fast-growing user base, so the competitive threat is already present. Since it would be necessary to compare the competitive conditions resulting from a notified merger with those that would have prevailed without the merger, however, predictions would still be required, e.g., about whether the target could survive and grow in the market or be acquired by other companies raising fewer concerns.

It is too soon to say whether the Digital Era Report's recommendations will be adopted in future cases. As mentioned, however, Commissioner Vestager speaks approvingly of these recommendations. At a minimum, the EC will doubtless be scrutinizing transactions in which large companies, particularly digital platforms, acquire start-ups or other small companies.

As mentioned, France and Germany reacted angrily to the Siemens/Alstom prohibition and proposed a number of changes to EU merger review. They have since abandoned their most controversial proposal, to introduce a mechanism for the European Council to override EC prohibition decisions in "well-defined cases" and "subject to strict conditions." In July 2019, however, the French, German and Polish governments issued a revised proposal entitled Modernising EU Competition Policy. Among other things, France, Germany and Poland propose:

Taking account of the Siemens/Alstom background, the French/German/Polish proposal appears intended to improve the approval prospects for transactions involving or intended to create "European champions." The Franco/German/Polish proposal would give Member States a greater role in the EU merger review process (though no longer a veto); expand the EC's view of geographic markets to give greater weight to competition from non-EU competitors, especially State- controlled or subsidized competitors; revise the substantive assessment of transactions to take greater account of potential competition from State-controlled or subsidized competitors; bring European industrial competitiveness considerations into the review process; and allow greater flexibility when remedies are imposed.

How are these proposals likely to be received? On the one hand, Commissioner Vestager has been steadfast in opposing the politicization of EU merger review. Revising the EUMR or EC internal processes to give Member States specifically and industrial policy arguments more generally a greater role will likely not be well received. Similarly, the EC is unlikely to make significant changes to its approach to defining geographic markets, which it reviewed in 2015. The EC is also likely to resist significant changes to its merger remedy policy, which has long favored structural remedies such as divestitures over more flexible "behavioral" remedies.

On the other hand, the EC can more closely scrutinize the distortive effect of State ownership or subsidization of non-EU competitors in the markets it examines without any changes to the EUMR or the EC's internal rules. Indeed, anecdotal evidence indicates that the EC has already begun doing just that. The EC can also look more closely at whether State-owned or subsidized companies not driven by purely economic objectives may be more likely to enter EU markets.

Similarly, the EC may be open to reviewing its guidelines on assessment of horizontal and non-horizontal mergers, which were adopted in 2004 and 2008, respectively. As part of that process, the EC might update its description of the criteria for assessing notified transactions' impact on potential and innovation competition and the evaluation of efficiencies, subjects on which a great deal of work has been done in recent years. However, any changes in these areas may tend to make EU merger control tougher, along the lines suggested in the Digital Era Report, not more flexible.

Change is coming to EU merger control, but the forces for change are pulling in different directions. In her "mission letter" to Commissioner Vestager,5 the incoming EC President Ursula von der Leyen high-lighted merger control reform as a task for Vestager's new mandate but did not highlight specific areas for change.

Commissioner Vestager has steadfastly opposed mixing public policy and merger review. While she is Competition Commissioner, changes to the EUMR or the Commission's internal regulations to introduce industrial policy considerations into EU merger review seem unlikely to make much headway.

On the other hand, Vestager may be open to a number of reforms intended to capture more transactions or to tighten the EC's review process. Commissioner Vestager may reopen the discussion on introducing a deal size threshold to capture more acquisitions of start-ups with low turnover. While she may be open to revising the EC's merger guidelines, as requested by some Member States, the outcome may not be what they expect.

Vestager is sympathetic to the Digital Era Report's call for new theories to tighten the review of start-up acquisitions, especially by online platforms. Vestager may also see a need to update the EC's guidelines in areas where significant decisions have been adopted in recent years, including the assessment of merger efficiencies and innovation competition. Again, any changes in this regard would not necessarily benefit European champions.

Some conflict may be expected at the EC behind the scenes. Notably, without linking EU industrial strategy to EU merger review, von der Leyen's mission letter mentioned the role of competition in EU industrial strategy and instructed Vestager to work with Member States to support "Important Projects of Common European Interest." Another clue to potential internal divides came in late November 2019, when the French Commissioner-designate Thierry Breton called for reassessment of the rules that led to the prohibition of Siemens/Alstom, even though his mandate will not include EU merger control.

It is difficult to make predictions, especially about the future. But it seems safe to assume that the new EC will make merger control reform a high priority, and change is in the wind.

3 AFranco-German Manifesto for a European industrial policy fit for the 21st Century, available at https://www.bmwi.de/Redaktion/DE/Downloads/F/franco-german-manifesto-for-a-european-industrial-policy.pdf?_blob=publicationFile&v=2. 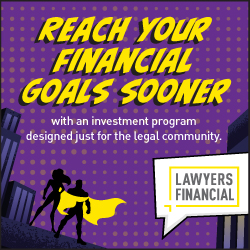