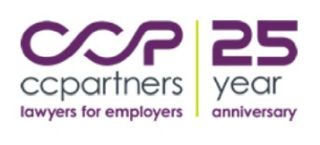 Canada: No Need To Get Testy: Court Of Appeal For Newfoundland And Labrador Reinstates Employee After Improper Employer Drug-Testing

The Court of Appeal of Newfoundland and Labrador recently denied an employer's appeal from a grievance arbitration decision holding that it was improper to subject an employee to drug testing, and ordering that employee to be reinstated. This decision should serve as further guidance to employers navigating the relatively new and evolving legal principles regarding employee drug testing.

CCPartners' own Kelsey Orth has recently blogged on the Supreme Court of Canada's decision in Suncor, where it upheld the employer's right to conduct workplace drug testing, which can be found here. We also discussed employer drug testing in Episode 9 of the Lawyers For Employers podcast, which you can listen to here. But even with recent authority from courts across Canada, there are specific principles that will need to be considered whenever an employer is contemplating drug testing.

The employer in Hibernia Platform Employers' Organization v Communications, Energy and Paperworkers Union (Unifor, Local 2121), 2018 NLCA 45 was found to have failed to properly assess the relevant legal factors, and so their decision to test and terminate an employer was overruled on appeal.

The incident leading to this case related to helicopter safety on flights between the land base and the Hibernia offshore oil platform. Helicopter flights to offshore oil platforms are very intricate procedures. It is critical that the flights be properly planned, including with respect to measuring the weight of the loads being flown to the platform. In a period of five weeks between December 2014 and January 2015, there were four incidents of helicopter baggage manifest errors. It was agreed between the employer and the union that the last error constituted a "significant incident" as defined by the drug and alcohol policy that is incorporated into the collective agreement.

1. In order to minimize the risk of impaired performance due to substance abuse, the following are strictly prohibited for all employees of [the Employer]:

The policy also states that when there is a "significant incident", the employer must undertake an investigation which may include drug testing. In this case, eight employees participated in drug testing as part of the investigation, and one employee tested positive for benzodiazepines. That employee was terminated on the basis that he had violated the drug and alcohol policy. The Union grieved the employer's use of drug and alcohol testing, and sought reinstatement for the employee.

The issue for the Court of Appeal was whether the arbitration board's decision allowing the union's grievances was unreasonable in the circumstances. The Court ruled that the board's findings and orders were not unreasonable, and so refused to disturb the outcome.

The Court in particular found that it was not unreasonable for the board to overturn the termination based on several factors, including:

On that basis, the board found that the employer overstepped its reasonable exercise of managerial discretion to order the drug tests, and therefore failed to comply with the policy and legal authorities on drug testing.

The employer argued that the board's decision ought to be overturned as unreasonable because it contradicted the language of the drug and alcohol policy by requiring that the employer consider the above factors before ordering drug tests, which essentially alters the collective agreement by adding criteria to the institution of drug testing, and diminishing management's rights.

The Court of Appeal disagreed. It held that while drug or alcohol testing is an investigative tool that is available to employers, it was not unreasonable for the board to interpret the policy in a way that required the employer to take initial steps before being satisfied that ordering certain employees to undergo testing would be appropriate in the circumstances. And just to muddy the waters a bit, the Court also indicated that it felt that the extent of preliminary investigation necessary before requiring employees to submit to drug testing would be context-specific depending on each individual incident.

So where does that leave us? Well, we already know that the Supreme Court of Canada allows random employee drug testing in certain situations. We also know that post-incident drug testing, or other targeted drug and alcohol testing has withstood judicial scrutiny in Canada.

What we have from this case is a further indication from the Court of Appeal of Newfoundland and Labrador that even where a collective agreement contains a drug and alcohol policy that specifically contemplates drug testing post-incident, the Courts will not necessarily accept that drug testing was appropriate in the circumstances.

Employers should therefore give due consideration to whether it has reliable and reasonable bases for requiring an employee to submit to a drug test. A preliminary investigation should be conducted to determine, if possible: whether there is a reasonable explanation for a workplace incident (including hearing the employees' side of the story), and whether there is reason to presume a link between the incident and potential drug use.

Workplace drug testing is an evolving area of the law, and the lawyers at CCPartners have been helping employers understand their rights and obligations in light of developments over the last number of years. Employers are well advised to seek out proper information and advice, or else risk being found to have acted wrongly in requiring drug testing for employee.