Nowadays, especially with the growing advancement of technology, innovation is highly associated with electronic and computer inventions. The growth of the sectors of microelectronics, telecommunications and nanotechnology, among others, caused a paradigm shift in different sectors, from production to services. 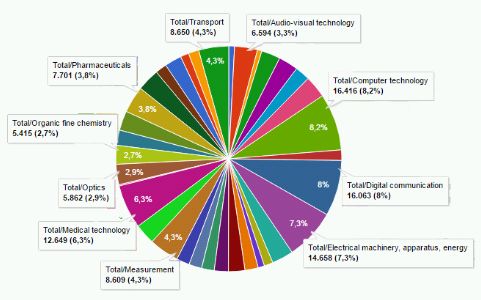 PCT publications by technological area, in 2015 2

Such technological shift has not always been accompanied by a change in legislation of Intellectual Property protection, especially in Brazil. In this sense, in March 2012, the Brazilian Patents and Trademarks Office (BRPTO) held a public consultation on the application of examination guidelines related to computer program implemented inventions. This consultation became, in July of the same year, a document that solidified the procedures for examining patent applications related to this type of technology, which was now published on December 6, 2016 as Resolution / BRPTO / PR No. 158, entitled "Guidelines for Examination of Computer Program implemented Inventions".

One of the main points of Resolution PR 158 is the definition of "computer program per se", which is excluded from patent protection by article 10 of the Brazilian Industrial Property Law (BRIPL) 2. Such definition makes clear now something that was already usual, that it will only be considered a computer program per se the source codes of the software, not the method that can be defined by it.

It is important to remember that any Patent of Invention must produce a technical effect that solves a problem. The BRPTO per se defines some examples of technical effects achieved by computer program implemented inventions, such as optimization (execution times, hardware resources, memory usage, access to a database), enhancement of interface with a user (not merely aesthetic), file management, data switching, among others. Nevertheless, such effects must be due to changes in the method, not only in the source code, or creation will not be considered an invention.

Other important definitions are related to "mathematical methods", "commercial, accounting, financial, educational, advertising, lottery or inspection methods", "therapeutic or diagnostic methods for application in the human or animal body" and "presentation of information". These definitions fit into what is commonly used in other countries, especially in relation to the European Patent Office.

Lastly, one of the most important definitions of the new Resolution PR 158 is related to the presentation of information, which includes readable medium. In such a definition, the BRPTO clearly defines that the readable medium that merely includes the method information is not patentable, however a readable medium that has new characteristics, for example, greater volume, due to the method used and a readable medium which performs specific steps may be considered as inventions by the BRPTO. Thus, it can be inferred that the way of writing the readable medium claims is extremely important for the BRPTO analysis. If the claim relates only to the foregoing claims, such as "...readable medium characterized in that it comprises a method as defined in the preceding claims...", it may be objected and excluded from protection, while the same claim written differently, such as "...readable medium for execution on a computer characterized in that the program comprises the steps of..." will be considered for analysis.

The new Computer Program Implemented Invention Examination Directive comes in good time, as this type of technology has increased significantly in recent years and today is the largest technology area inpatent protection.

In addition, the BRPTO Examiners can now solidify and harmonize their analyzes, since the guidelines leave little room for interpretation, and the coordination personnel of the electric and electronic area has been working towards a unification of decisions around the guidelines, which certainly directs the Brazilian patent system to the European patent system. Obviously, the BRPTO in will not enable in the near future the use of source codes in claims like the North-American system, since IPL is clearly prohibitive in this regard.

Following this publications, with the harmonization of decisions, new guidelines, and possible new agreements (especially PPH agreements3) with other countries, we can expect a faster agility in the patent examinations of this technological fields and, therefore, a possible decrease in the backlog of this area on the next few years, which is one of the technical fields in which the examinations are more delayed in Brazil.

2 Art. 10. It is not considered an invention or utility model: V - computer programs per se;

3 Patent Prosecution Highway (PPH) are treaties which expedite the prosecution of a patent application in the country, when applications from the same family have already been granted in other countries. The BRPTO is signing cooperation agreements with several countries, such as the United States, Japan, the United Kingdom and the European Patent Office, and it is expected that these agreements will be transformed into PPH treaties in the near future.

ARTICLE TAGS
Brazil Intellectual Property Patent Technology New Technology
POPULAR ARTICLES ON: Intellectual Property from Brazil
In Mexico, COFEPRIS Announces New Rules For The Authorization Of Generic Drugs
OLIVARES
COFEPRIS will have a special procedures window for the generic pharmaceutical products.
Copyright 2021
OLIVARES
1.1 What are the requirements for copyright to subsist in a work?
The New IP Mexican Law – Partial Non-use Cancellation Actions
OLIVARES
Following our analysis of the new Federal Law for Proteñction of the Industrial Property, same that will come into force on November 5, 2020, we observe that one of the most significant amendments in this new law, is the introduction of partial non-use cancellation actions.
Proposal To Modify The Patent Linkage System Established In The New IP Law In Mexico
OLIVARES
One month after being published and before the new Federal Law for the Protection of Industrial Property (new IP Law) enters into force; the Lower Chamber of Representative, recently published two...
Brazil Federal Court Of Appeals For The Second Circuit Rules That Mailbox Patents Can Only Be Granted With The Validity Date Of 20 Years From Filing
Tauil & Chequer
The Brazil Federal Court of Appeals for the Second Circuit held a hearing for the 1st Specialized Panel to rule on the Repetitive Demands Resolution Incident regarding the validity date for mailbox
Changes Introduced In Patents And Designs By Chilean Draft IP Law
Moeller IP Advisors
On October 2, 2018, a new draft law was sent to the Chilean Congress to update the Law No. 19,039 on Industrial Property, the Law No. 20,254, which establishes the National Institute of Industrial Property and the Criminal Procedure Code.
FREE News Alerts
Sign Up for our free News Alerts - All the latest articles on your chosen topics condensed into a free bi-weekly email.
Register For News Alerts
Article Tags
Brazil Intellectual Property Patent Technology New Technology
Related Articles
IP And Tax Incentives For Innovation: Tools To Maximize Investments In R&D Venturini IP
Brazil Enters Madrid Protocol, The International Trademark System Salusse Marangoni Parente Jabur
Copyrights And Memes Global Advertising Lawyers Alliance (GALA)
The Discussion About The Validity Of A Patent Counted From Its Grant Date By BPTO Tauil & Chequer
The BPTO's Deadlines Suspension Comes To An End Tauil & Chequer
Mondaq Webinars
COVID-19 Restart Series: Financial Restructuring of a Business in Challenging Times
Fogler, Rubinoff LLP
Webinar Toronto Canada
The Challenges and Opportunities Facing Corporate and PE Deal-makers in today’s M&A Market
TMF Group
Webinar Rotterdam Netherlands
More Webinars
Comparative Guides
Aviation Finance
Aviation Regulation
Blockchain
Corporate Tax
FinTech
Mondaq Advice Centres
Global
Investment Immigration
Global
Trademarks in SAARC Countries
More MACs
Curated Content
Losing The Battle, Winning The War? – Ramifications Of The Newly Introduced Settlement Mechanism Under Turkish Competition Law
ELIG Gürkaynak Attorneys-at-Law
Upcoming Events
Mondaq Social Media