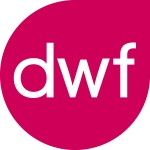 Australia: What is in a relationship? Legal perspectives on office romances

The applicant was terminated from his role as Bank Manager by his employer Westpac Banking Corporation (the respondent) on 22 September 2014. His termination was made on the basis that his employer had lost trust and confidence in him due to his misconduct. The applicant's contract specified that he adhere to Westpac's policies, including their Code of Conduct and conflict of interest policy.

"I have heard some rumours from outside the Wollongong Branch that [Ms A] seems to be spending a lot of time in your office and the door is constantly locked. Is there anything I need to know about that?"

The applicant stated that he responded with words to the effect of:

"As per the development plan which you know about, I have been spending a fair bit of time with [Ms A] to help in her development for a new home finance role."

The Branch Manager at another branch gave evidence that he interviewed Ms A for a role at that branch. After the interview, the applicant approached him and told him Ms A had been offered a role at CUA paying $90,000. According to the Branch Manger, the applicant said to him "She's worth the $90,000 as she'll give 110% to the role. She'll be successful".

According to the applicant, on Wednesday 20 August 2014 he called his supervisor to tell him about the relationship [with Ms A] and that it had now ended amicably. However, before his meeting with the supervisor, the applicant stated that "events took place that were quite serious and I disclosed those events to Mr Fedder, as well". The applicant stated that "there was an altercation at the apartment that me and Ms A used to reside in. I went to the police".

The applicant's supervisor also gave evidence that he met with the applicant on Monday 25 August 2014 and that they had a conversation to the following effect:

"Applicant: I need you to know, I lied to you. I have been in a relationship with [Ms A] for six months. We went on holidays together to China. I felt guilty being away, I've cut the kids off and I want to reconnect with my wife. [Ms A] and I share an apartment and I tried to break it off with her last week. It did not go well. She was very unstable. I was put in a bad position. Ms A threw something at me and I had to defend myself. I had to go to the emergency department.

Supervisor: I'm disappointed. You're a senior leader. You did not disclose this to me even after I asked you. You should have disclosed this to me and we would have implemented appropriate measures. For example, there's a Regional Manager who is in a relationship with a home finance manager who is not a direct report and we have put in place measures there. You've made a series of poor decisions. As you know, there's been a lot of rumours about this."

The applicant commenced unfair dismissal proceedings when he was dismissed.

It was held that the applicant's failure to disclose his relationship with Ms A, especially when combined with his dishonesty in lying to his manager about the affair on two separate occasions, constituted a valid reason for the applicant's dismissal.

The FWC upheld the respondent's decision to summarily dismiss the applicant. It was stated:

"To be blunt it should be obvious to any reasonably intelligent person that for a manager in an organisation such as Westpac to form a romantic relationship with a direct subordinate creates the potential for a conflict of interest. The applicant should have disclosed his relationship with Ms A – at least from the time they moved in together – to his supervisor. This would have enabled the respondent to put in place appropriate arrangements to manage any potential conflict of interest."

The applicant applied under section 170CE of the Workplace Relations Act 1996 for reinstatement following what he alleged was a harsh, unjust or unreasonable termination.

In his position, the applicant was required to maintain a Top Secret level security clearance. The Attorney General's Department alleged the applicant lied in his security interview, including about details regarding an extra-marital affair with a subordinate. It was also alleged that the applicant breached the APS Code of Conduct and provided misleading answers regarding his extramarital relationship, as well as other incidents. It was suggested that as this affair was not disclosed and was concealed from managers, it represented a conflict of interest.

The applicant submitted that he did not believe that there was a conflict even though he was responsible for assessing the subordinate employee's work performance and had actively ensured she remained under his supervision. He agreed that when he realised that their relationship could constitute an apparent conflict of interest he should have disclosed the situation to his superiors.

The applicant further agreed that he had not made such a disclosure and that he had not sought to "publicise" the relationship, but denied taking steps to conceal it. He also agreed that he took active steps to have a decision reversed that would have removed his subordinate from his direct supervision, even though returning her to his supervision would have reinstated the conflict of interest situation.

It was held that the applicant's termination was not harsh, unreasonable or unjust.

The evidence was found to support the existence of a conflict of interest as the applicant continued to supervise the employee with whom he had developed a personal and sexual relationship. The applicant conceded that, in hindsight, he should have informed his managers or superiors of the situation and taken steps to avoid the conflict.

It was held by Commissioner Deegan that: "There is no doubt that the applicant committed a number of breaches of the APS Code of Conduct. The evidence is persuasive and in most respects the applicant has admitted the behaviour which the Department found constituted the breaches".

Commissioner Deegan held that a number of valid reasons existed for the termination of the applicant's employment and "the applicant's responses would have constituted such a reason without any need for the other matters to have been taken into account. Given the nature of the employment and the seniority of the position the Department could not be expected to retain in employment a person with such a blatant disregard for the truth".

These decisions are very useful for employers faced with these types of scenarios. However, navigating this type of situation will be made easier by: